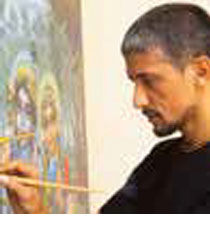 Born in 1968 at Tashkent, Uzbekistan, Vrindaban Dasa, formerly known Asbakhtiyor Narmamedov, studied at the art college in Tashkent for five years. His close encounters with life and death, while serving as a soldier in Afghanistan, and his subsequent contact with Indian philosophy gave his work a new direction. Since joining ISKCON in 1993, he has painted sublime themes from Vedic history, making his artistic expression part of his spiritual practice and a form of meditation. Making India and Vrindavan his base, he has been developing his techniques. He has worked on the Glory of India Museum at the ISKCON Temple in New Delhi, besides receiving several other commissions. Marked for its assimilation of classical realism and traditional Indian miniature painting, his work is on display at ISKCON centres worldwide. He lives with his wife and daughter in Vrindavan. 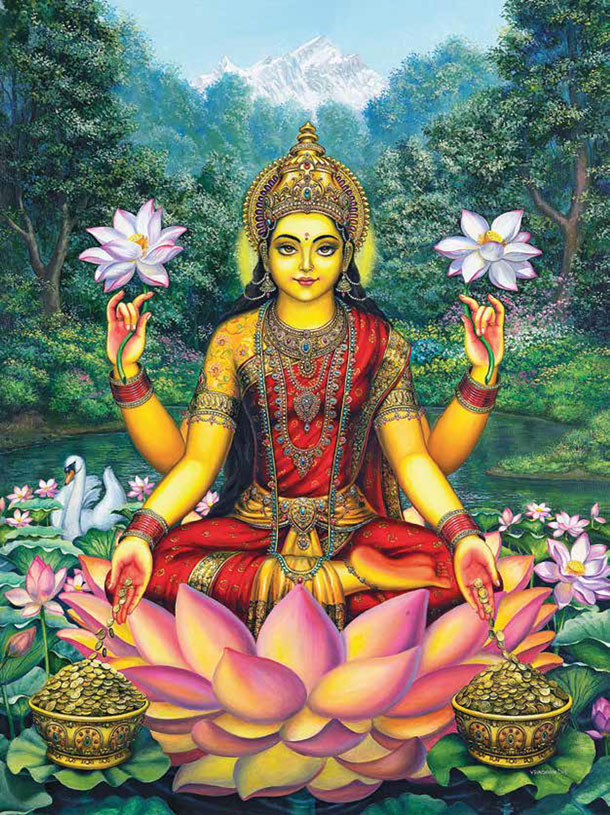