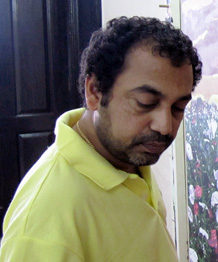 Born in 1966 in Kerala, Binoy Varghese is a National Diploma holder in Fine Arts from R.L.V. College, Thripunithura. He worked as artist-in-residence at Madhavan Nair Foundation India in Kochi, at Cholamandal Artists’ Village in Chennai, Kanoria Art Centre in Ahmedabad, Apparao Galleries in New Delhi and then at the Banff Centre for Arts in Canada and with Aicon Gallery in New York, finally setting up his studio in Delhi. Known for his skills in portraiture, his subject matter comes in a mix of landscape and a photo-realistic rendition. The colourful imagery on paper and canvas, often in a large format, focuses on issues of displacement, capturing posing protagonists, often women and children, in their newfound domains against a background of made-up environment of thick foliage interspersed with bright flowers. Their socio-political and gender realities are highlighted by the dress they wear or the sharpness or softness of the background and foliage in the work. Winner of several accolades including the Artist of the Month award from Max Muller Bhavan and Arnawaz Vasudev Trust, both in Chennai, Kerala State and National Academy awards, Binoy has participated in several national and international art camps and workshops. His work has been exhibited by well-known galleries in solo and group shows held in different Indian cities and abroad including Canada, USA, Singapore, Hong Kong, Dubai, Thailand, London, South Africa, Denmark, Italy and Dhaka amongst others. Featured in India Art Fair, and auctions, his work is held in important collections including National Gallery of Modern Art, and Apollo Hospital in Delhi. He has also designed a stamp for the Postal Department, Government of India. Binoy lives in Ghaziabad and works out of his studio in the city. 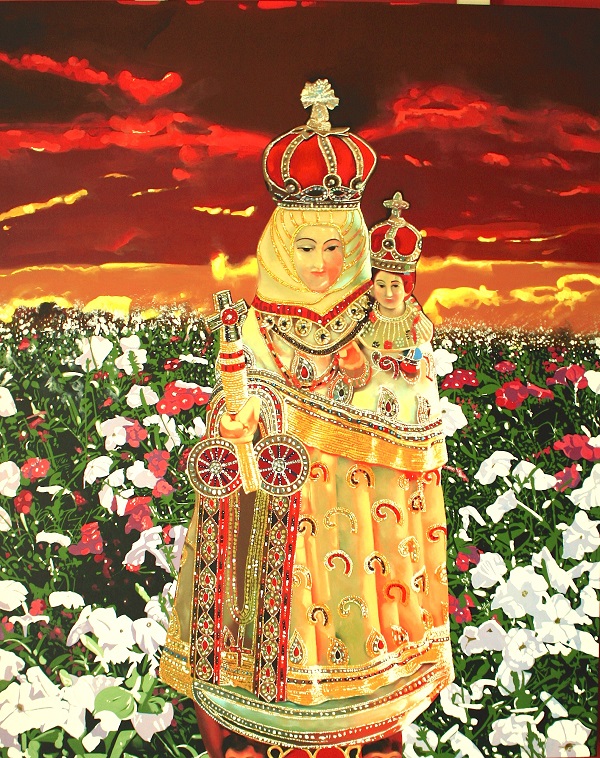