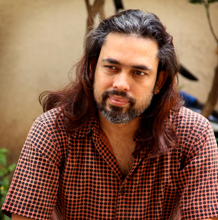 Born in 1968 in Mumbai, Viveek Sharma graduated in Fine Arts, specializing in Painting, from Sir JJ School of Art in the city. Recent residencies in Germany and Switzerland have given him a further opportunity to study and work in a newer context and get inspired by some of the European masters. A painter of metaphors, his work, mostly in oil on canvas, is recognized for its large-sized photorealistic renderings. Though he also works on drawings, portraiture and illustrations, it is in narrative painting that he finally found his nemesis. The persona of the artist appears in several of his compositions. In a mix of the real and imagined, there is an engaging depiction of the street processions, celebrations and the slums of Dharavi as well as eminent figures, popular icons and moments of history – ranging from Mahatma Gandhi to Obama to Lord Ganesha and the 26/11 terror siege of Mumbai. His work meanders around landmark sites and stories, reflective of contemporary history associated with India’s commercial capital. Winner of several awards, including the Maharashtra Police Award for his painting and Maharashtra State Award for Artistic Excellence, his work has been exhibited extensively in various Indian metros as well as with international galleries at Dusseldorf, Zurich and New York. Viveek has also participated in several art camps and workshops. His work is held in important private and corporate collections within India and overseas, including a commissioned artwork that he did for Troubadour, Tokyo. Viveek lives and works in Mumbai. 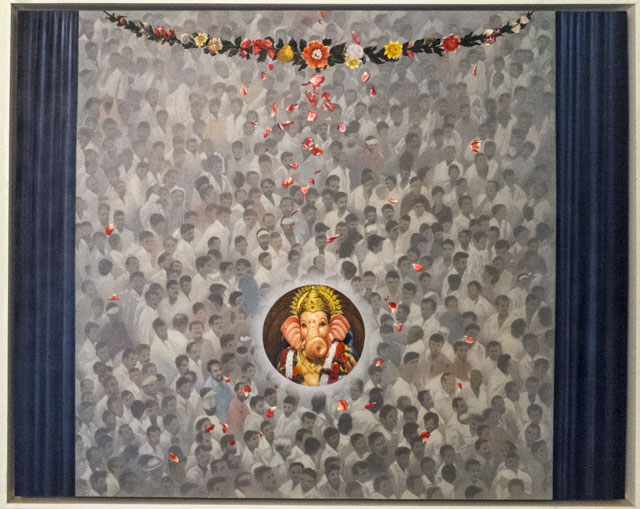 My City My Lord