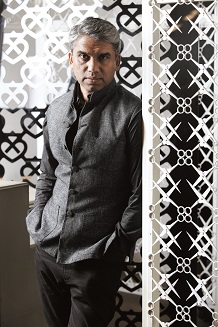 Rajesh Pratap Singh was born in 1969 at Sri Ganganagar, Rajasthan and studied fashion design at the National Institute of Fashion Technology in Delhi. He worked in the industry for a couple of years, including a stint in Italy, before introducing his own line of men’s and women’s clothing. Pristine and subtle, his signature style, that draws from his Indian roots, stands apart amongst international silhouettes, given his clean lines and careful detailing. His aesthetics combine the modern with the traditional and the high tech with low tech as he researches and experiments on fabrics in collaboration with Indian fabric mills. His passion for creativity extends to include art, engineering and conservation. It finds expressions in some amazing sculptures made using old and discarded metal scissors – tools of his trade. Two-time recipient of the Kingfisher Designer of the Year Award, he was also adjudged the Best Menswear Designer for the Fashion Awards in 1996 and won the EDIDA Award from Elle Décor in 2010 and Designer of the Year at the first GQ. Newsweek named Rajesh as one of India’s most talented designers. His collections have been showcased in Delhi, Mumbai, Paris and Milan, amongst others. He is credited with designing the costumes for the French Opera Padmavati by Albert Roussel, which was staged in Paris and Italy. His Ajrak prints on linen and handloom weaves are housed in the textile archives of the Victoria and Albert Museum in London and in the Royal Textile Museum in Bhutan, where he did a show of his fabrics. Woolmark have appointed him their Ambassador for India and he has designed the logo for Chivas. The artist lives on the outskirt of the city and works from his studio, workshop and outlets in New Delhi. 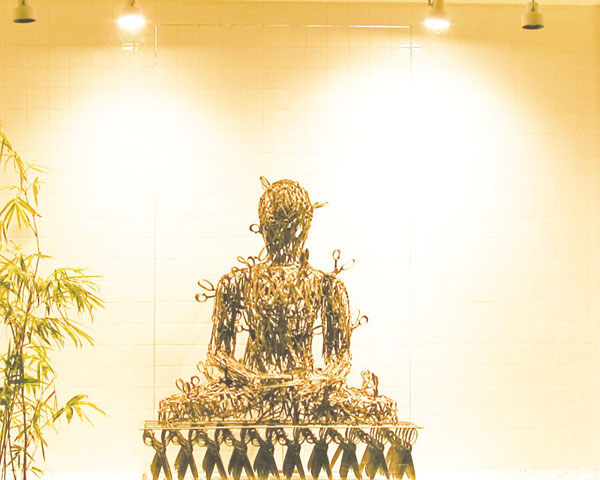