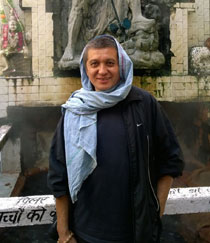 Born in 1963 in Janaarka, Kazakhstan, Anjana Das, formerly known Azamat Kashkenov was inspired by his father- an artist. He graduated from Art College N.V. Gogolya in Almatu and became the temple president of Almaty and chairman FFL of Kazakhstan and Central Asia. Focused on religious themes and narratives his colourful paintings feature Krishna’s life and philosophy. One of the significant projects he has worked on with support from his spiritual master Gopal Krishna Goswami is the Vedic Cultural Center in New Delhi. A large collection of his work can be seen in the temple gallery there and in other temples around the world. His finely crafted imagery is also part of several personal collections. Some of Anjana’s paintings are featured in books including ‘Krishna Art’ and ‘Back to Godhead’ magazine, published by the Bhaktivedanta Book Trust. Besides painting he has also worked on sculptures of deities for temples and devotees. Anjana Das lives with his family in Vrindavan and works from his studio there. 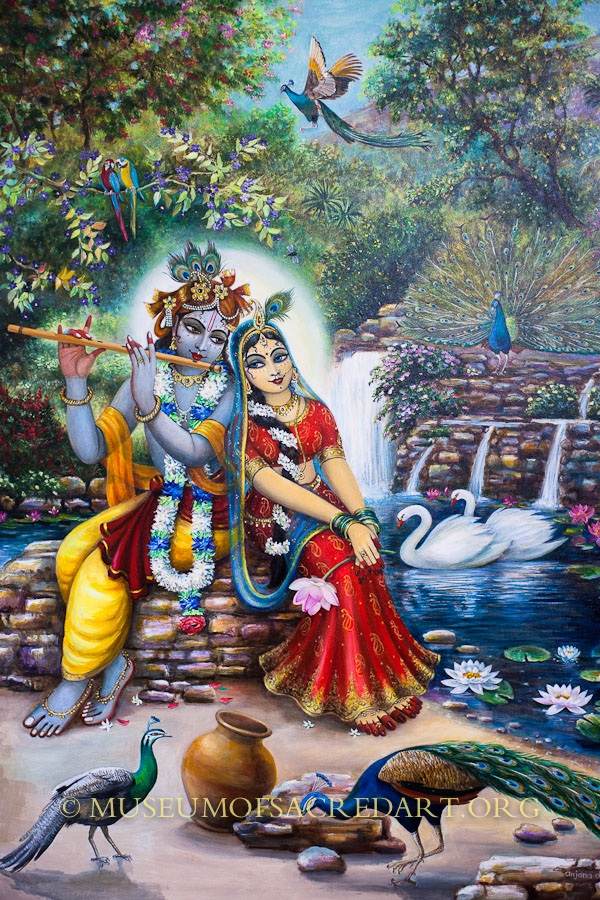