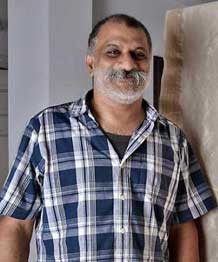 Born in 1961 at Vandrum, Andhra Pradesh, Poosapati Parameshwar Raju spent his childhood in different Indian cities where his father, an army officer, used to get posted. A meritorious student, he received a BFA and an MFA in Applied Art from the Government School of Art and Babasaheb Ambedkar Marathwada University respectively, both in Aurangabad, and worked in the advertising industry for a while before taking to practicing art fulltime. Based on his study and research of Indian iconography and spiritual and ceremonial culture, the work in minimal aesthetics appears in calligraphic series and motifs. Themed around the sacred and the meditative, his calligraphic notations and iconic graphics traverse both the traditional and contemporary terrains. Executed with sophistication, using nibs and pens of different sizes, his simple forms in minimal colour bring alive the epics and narratives associated with different faiths including Buddhism, Sikhism, Judaism, Islam, Zoroastrianism, Christianity as well as numerical designs and yantras. Recipient of a State Award from Potti Sriramulu Telugu University, his work has been exhibited in solo and group shows at Hyderabad, Delhi, Kolkata, Bangalore and Baroda; at the Kochi Muziris Biennale in India, at the 5th International Biennale in Beijing and also in Germany. A retrospective spanning Parameshwar’s various series at the Museum of Sacred Art in Belgium is on the cards. He has lectured and conducted workshops at different art colleges in India, and his work has been published. The artist. who lives in Hyderabad and works from his studio in the city, is currently working to set up a Foundation for Fine Arts and Crafts, and create prototypes of designed articles, and facilitate research and documentation. 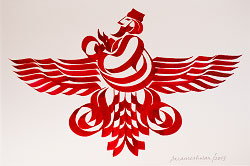 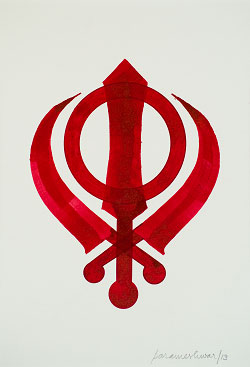 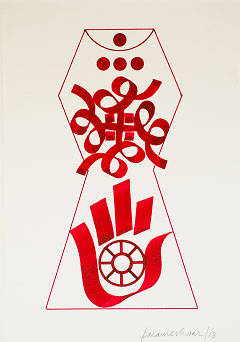