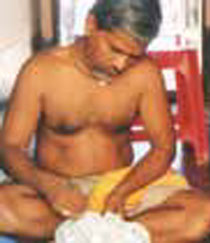 Chandrasekhar Swain born in 1965 comes from Raghuraj Puri in Odisha earlier known as Orissa. He trained in carving on both stone and wood at the State Handicrafts Centre in Bhubaneswar and refined his skills by working under the watchful care of master Raghunath Mahapatra. A trained teacher himself now, Chandra Sekhar trains others as well as works on his own creations. His figuration retains a traditional demeanor and spirit but includes a touch of his own take on iconic forms as well as contemporary compositions. The plinths and outer frames of the works are also given elaborate carvings. Though he also works on wood, the locally foundstone, which is soft and malleable, is his preferred medium. The artist’s work has been exhibited at Santiniketan, Kolkata and Delhi and is sold from art centres in various metros. He lives and works in Puri. 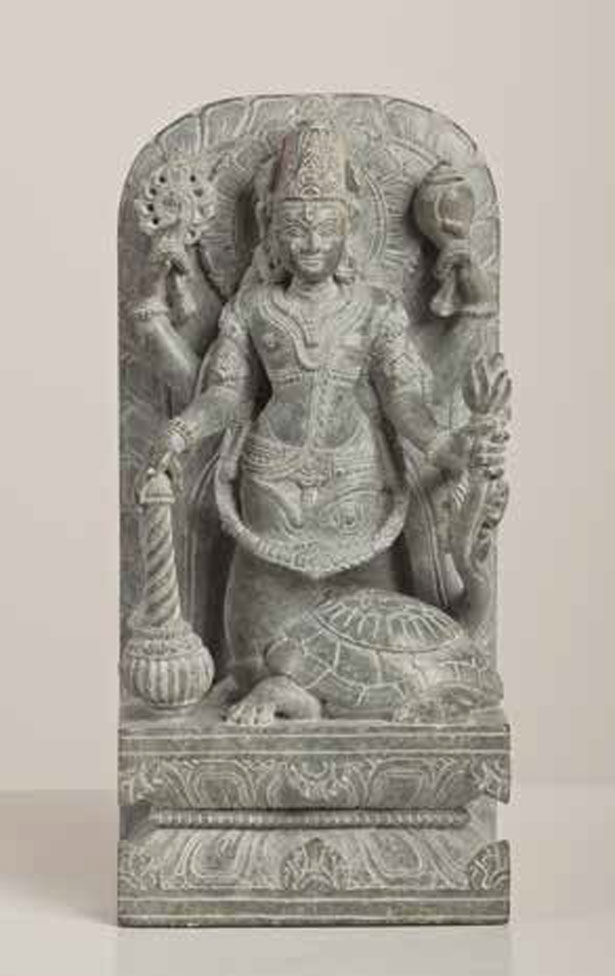