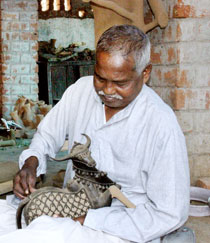 Jaidev Baghel, born in 1949 at Kondagaon, Bastar District of Chhattisgarh, comes from an aboriginal artisan community. Having learnt the special bronze metal casting technique known as gadwakam from his elders, Jaidev has inherited his craft in the traditional way. His outstanding skills and strength come alive in elaborately crafted sculptures, inspired by folklore and mythology and often featuring rural deities. Mata or mother goddess and devis or demi-goddesses, that are worshipped to ward off poor harvest, epidemic and draught, appear recurrently in different manifestations. His repertoire ranges from small hand held sculptures to large sized works that adorn public places across India. He has about twenty Gadwa apprentices living and working with him at the facility center that he has set up in Kondagaon. Winner of the National and several other awards, Jaidev’s work has been much feted and featured in numerous exhibitions across India, and in Moscow, Heidelberg, Stuttgart, London, Oxford, Scotland, Rome, Paris, Tokyo, Singapore, Hong Kong, Bangkok, Australia, the US, and Switzerland. He lives with his family in his ancestral home and also supports the families of his brothers. 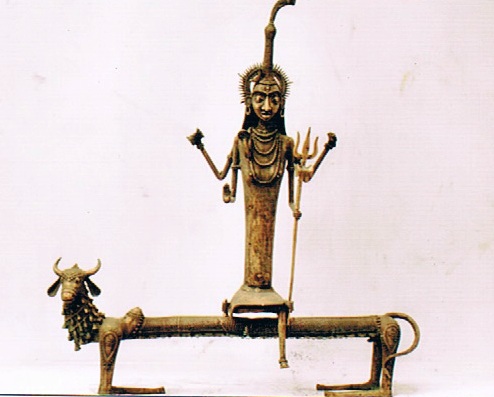 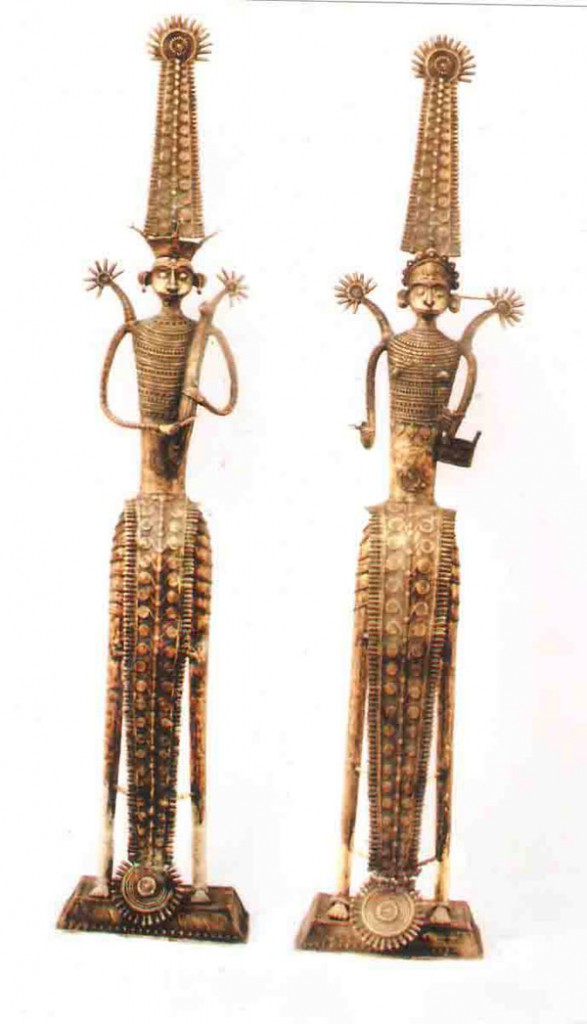