Born in 1960, Jayasri Burman studied Art initially at the Kala Bhavan in Santiniketan, then at the Visual College of Art in Kolkata and followed that up by training in printmaking with Monseuir Ceizerzi in France. Her drawings and paintings in mixed media are intensely dense. Deriving her inspiration from legends, miniature and folk forms and nature, she creates evocative imagery where rivers, birds, animals, flowers, fruit, icons, gods and goddesses appear recurrently, each time with a different focus and nuance. A neo realistic aesthetic comes in her mixed media work that includes watercolour, oils, natural pigments, gouache and drawing. Exhibited in several solo and group shows at Delhi, Kolkata, Mumbai, Bangalore and other cities in India, her work has also been featured in international projects and workshops including the Triennial in Germany and exhibitions at Paris, Singapore, and London. A recipient of the National Award, amongst others, her work is held in public and private collections including at the NGMA and LKA Delhi. Jayasri lives in Delhi and works from her studio at home. 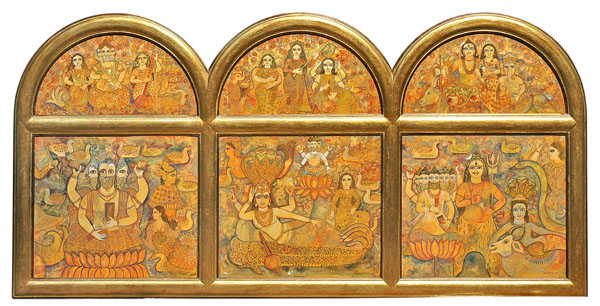 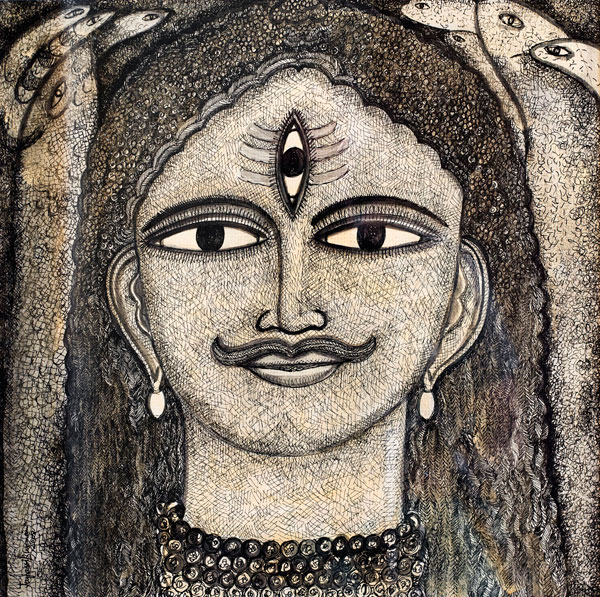