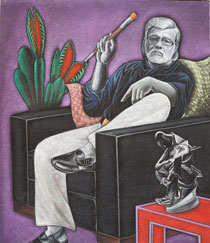 Born in 1925 at Jhelum in Punjab, Satish Gujral studied at Mayo School of Art in Lahore, followed by further study at JJ School of Art in Bombay, at a time when it was under the influential surge of the Progressive Artists Group. A fellowship in South America at an early stage of his career left a deep impression on the artist’s mind, though he has resiliently retained his own style to give Indian modernism his individual touch and iconography. Satish is a versatile artist and a living legend in the art scene of post-independence India. His early years of solitude due to a hearing impairment together with the trauma of India’s partition were reflected in his initial figurative work that often featured people burdened by the tough circumstances of their life. The experimental nature and emotive quality of his work in sculptures, paintings, collages and murals are the distinctive features of Gujral’s amazing creative array. His play with material and form ranges from ordinary people occupied in their routine work to iconic themes and figures, in paintings or sculptures in ceramics, burnt wood or other material. His experiments in varied artistic expressions extend to include graphics, interior design and architecture as they engage with interesting decorative patterns. The artist has been the subject of several publications, including an autobiography and dozens of films. His sculptures and murals adorn important buildings in Delhi while his work has been exhibited around India and the world, including a major retrospective at the NGMA in Delhi. Recipient of National and International honours, his repertoire includes Padma Vibhushan from the President of India, Order of the Crown by the Belgian Government, three times National as well as LKA Ratna and more recently Order of the Aztec Eagle conferred by the Mexican President. Satish Gujral lives in Delhi and works from his studio in the city. 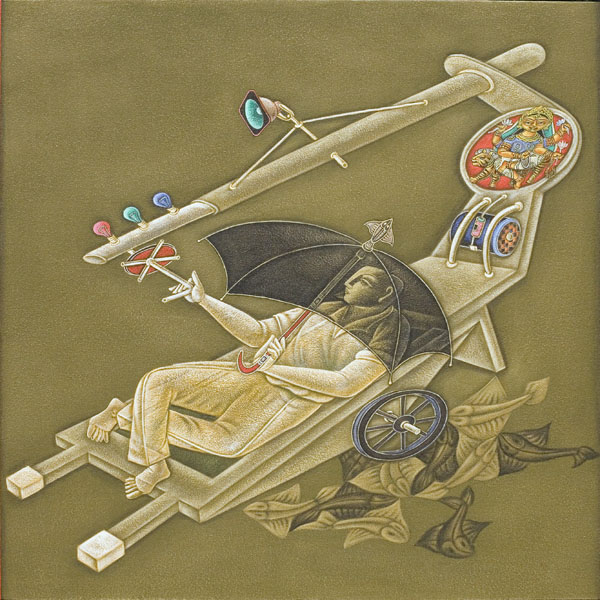