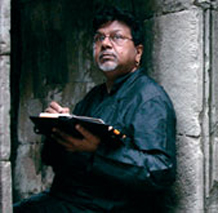 Born in 1947 in Delhi, Satish Gupta received his initial training in Art at the College of Art in the city. This was followed by a course of study on Graphics, thanks to a scholarship in Paris, where he spent two formative years in the early seventies, working under French master etchers and artists, before returning home. Painter, sculptor, graphic artist, muralist, ceramicist, designer, calligrapher and poet, Satish Gupta is a versatile artist. His paintings encompass portraiture, landscape as well as abstract imagery and reflect his deep engagement with mysticism and Zen spirit. His earlier work in The Eyes of the Thar series focused on portraying the life and people of desert land, while he has also created art works in an abstract mode as well as painted mountains and rivers. A cosmic consciousness, as portrayed in his ‘Haikus and Zen’ series is a recurrent theme in his work and is also reflected in his colossal graphic murals and monumental sculptures that adorn many public spaces. His ability to handle form, material, matter and size to create art that touches the heart and the mind alike is exemplified in some of his recent gigantic and larger than life sculptures, including those of Shiva and Garuda, which took the artist years of concentrated work to create. Two large format illustrated books featuring his work have appeared over the years. Winning the Sanskriti Award at an early stage in his career, Satish’s large body of work has been exhibited in nearly 40 solos and many more group exhibitions at important art galleries within the country and abroad, covering Delhi, Mumbai, Bangalore, Kolkata, London, Paris, Melbourne, Spain, New York and at Beijing during the Olympics as the only Indian artist to be a part of an international show that subsequently toured the world. His work is represented at the National Gallery of Modern Art in Delhi and various other significant collections. His large sculpture Surya, created in copper, adorns the departure terminal at the New Delhi airport while a wall mural Lotus Sutra graces the international airport in Bangalore. The artist writes a regular column ‘Zen Black, Zen White’ for the First City magazine and has participated in three poetry festivals in Spain. Satish lives in Delhi and works from his studio on the city’s outskirts, which is surrounded by a Zen Garden of his own design. 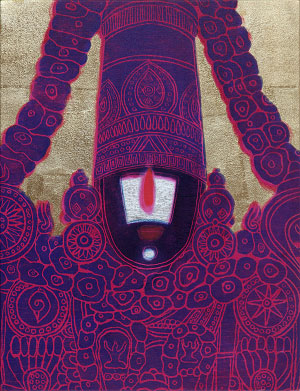 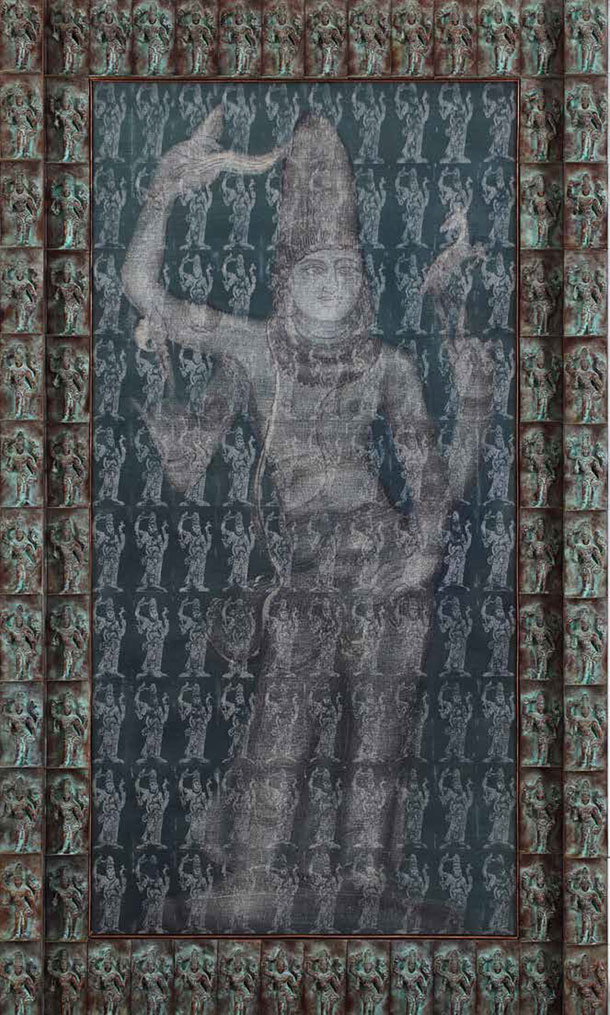 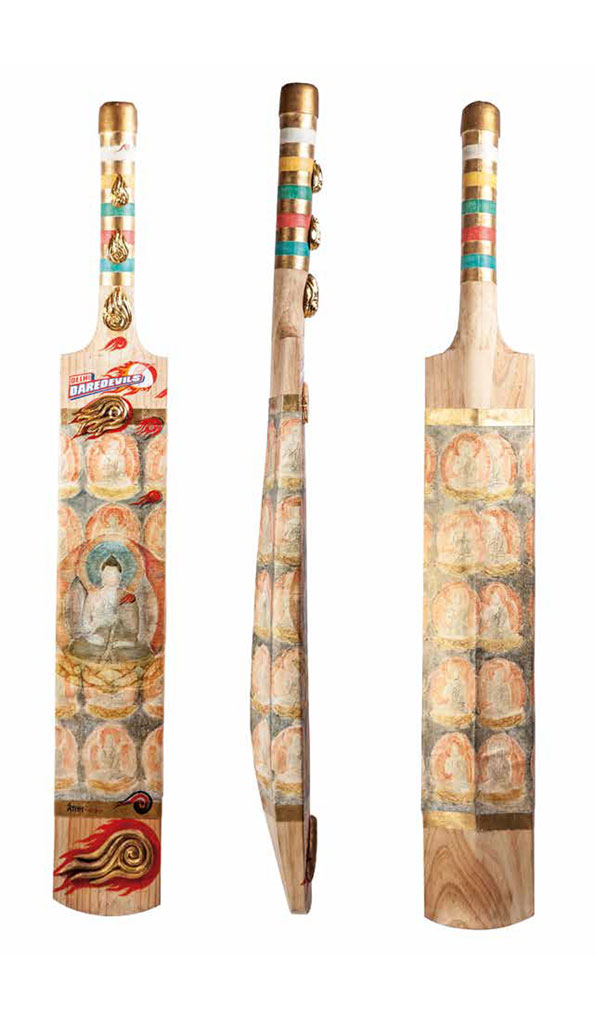