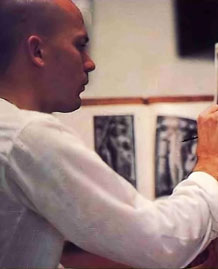 Born in 1950 at Colorado, USA, as Doug Ball, Pariksit Dasa studied art at the Colorado State University. In his late teens, Pariksit developed an interest in Indian Vedic art and spent a year in India developing his painting techniques. Later, he also became one of the founders of the Vedic Art Studio in Florence, Italy. Inspired by the landscapes of Tuscany and an array of artists, including Da Vinci, Rembrandt, Monet, Pissaro, Edgar Payne, Robert Henri, John Singer Sargent, and Andres Zorn, Pariksit is a realist who loves drawing, and has a remarkable sense of colour. His expertise ranges from paintings inspired by his spiritual pursuit as well as background and animation work for Walt Disney Feature Animation, which he joined in 1989, and supervised their first partially-3D animated feature, Tarzan. His work has been exhibited in the Oil Painters of America’s National and Western Regional Exhibitions, the California Art Club’s Gold Medal Exhibition, and on location in Malibu Exhibitions. He and his wife now live in a rural part of the Big Island of Hawaii. 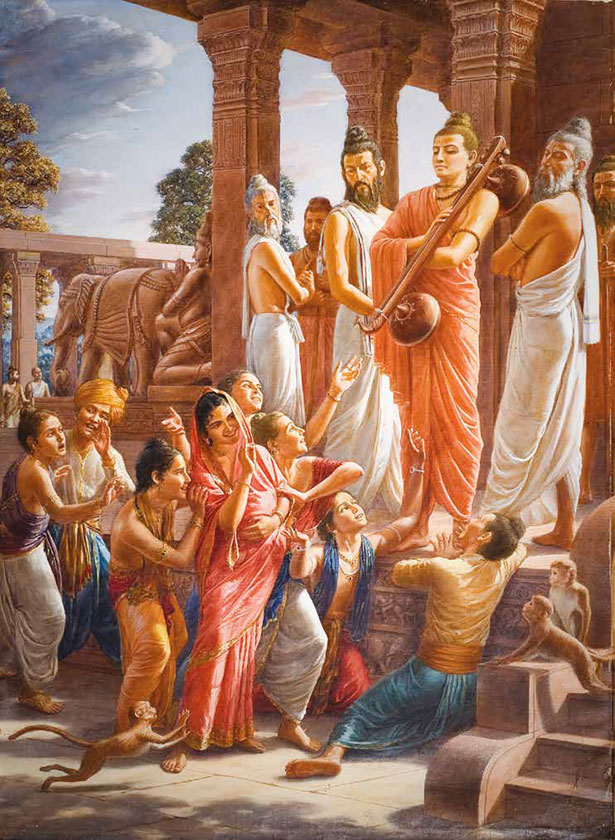 The Yadu Princes Tease Narada and the Sages