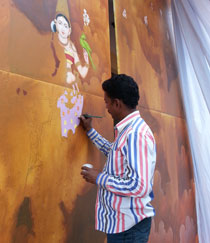 MS Anand is a dexterous artist known for Mysore and Tanjavur style of paintings. After completing his Bachelor’s Degree in Fine Arts from the Chamarajendra Academy of Visual Arts, Mysore (CAVA), he did a diploma in Tanjore style of painting at Chettinadu and thereafter learnt Mysore traditional painting at an ashram in Chennai. Having made up his mind to popularize the traditional Mysore style of painting, he has been working for nearly two decades, engaging himself in creating art within a spiritual realm. Having mastered the style, he has been improvising on its ancient techniques to evolve his own painting various masterpieces, including a series on deities. Given a deep understanding of the traditional values, combined with his desire to propagate the form, he has been teaching art while also creating his own work and participating in exhibitions. His compositions that feature smiling faces with noteworthy eyelashes, have won him Dasara and State awards and his work is held in significant private and corporate collections. 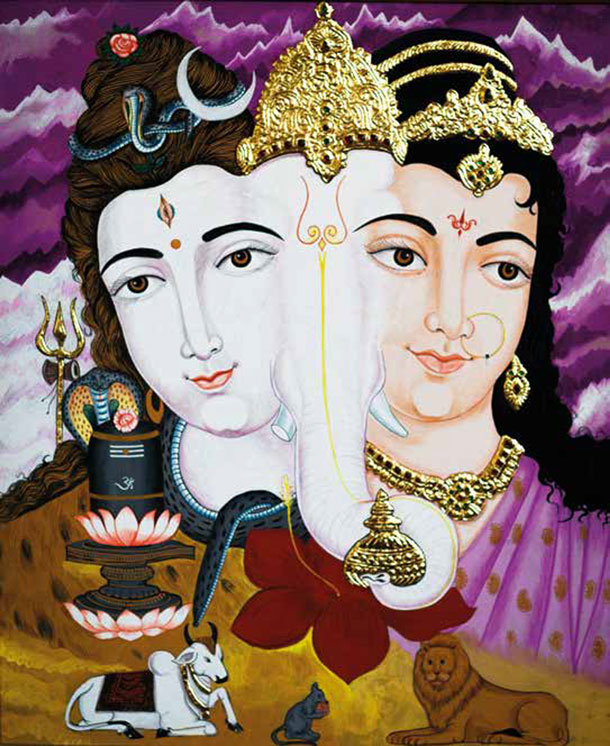