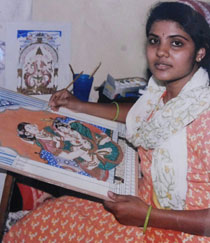 Shilpa M Kumar born in 1977 in Bangalore studied at the Karnataka Chitrakala Parishath in the city and specialized in Mysore art. She paints on various materials such as wood, glass and ceramics following ancient techniques. Often using 18 to 22 carat gold foil she creates intricate embossing or gesso work on board and Cartridge paper in a mix of watercolors, poster paints, and natural minerals. Her paintings mostly in Mysore style and in bold colours come as miniatures and glass paintings though she has also done some large-scale wall murals. Ranging from icons Lakshmi, Narasimha, Ranganatha and Narayana, she has also painted scenes depicting myths and epics. Her work has been exhibited in solo and group shows in Mysore, and Bangalore, as well as during Dasara festivities and has been covered in a live show by a local TV channel. Paintings akin to those that adorned palaces and temple precincts in ancient times, Shilpa has brought them within the reach of contemporary collectors. The artist lives and works in Bangalore. 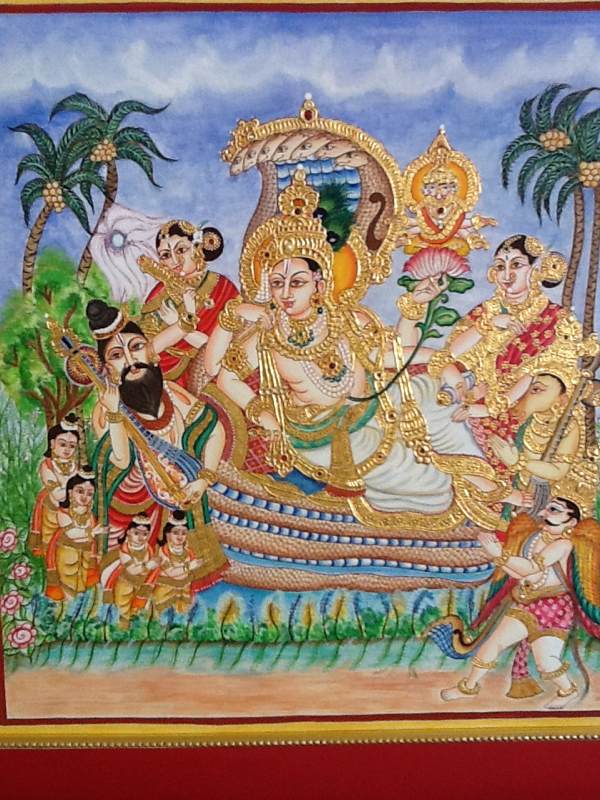 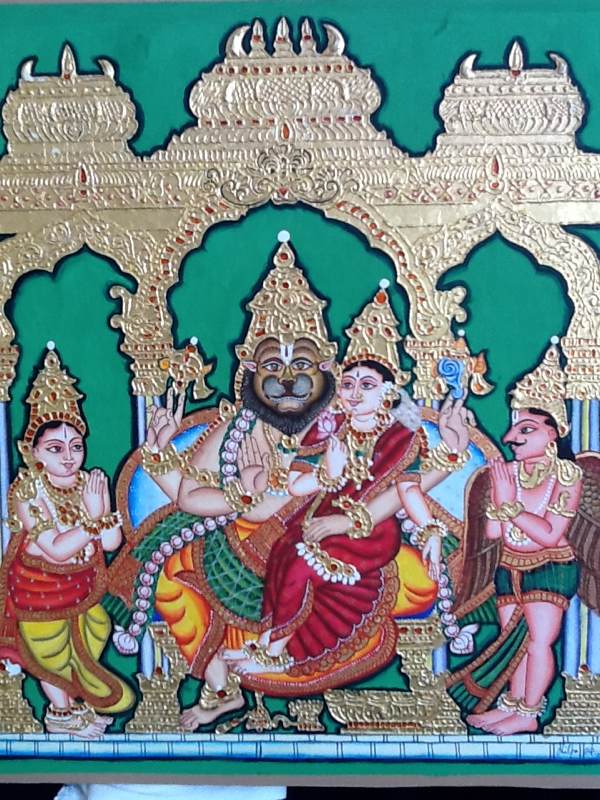