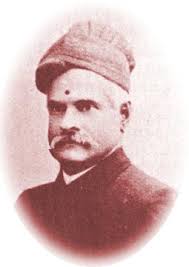 Ravi Varma Koil Thampuran (1848-1906), better known as Raja Ravi Varma, belonged to an aristocratic family of Kilimanoor in Travancore, Kerala. Essentially a self-taught artist, he joined the Court of Trivandrum at the age of thirteen, where he observed and learnt the use of oil paints. Working in a pan-Indian style and themes, his paintings drew from Western realism and techniques to combine the ornamental elements of Tanjore painting with dramatic elements of Marathi and Parsi theatre. His portraits of people and sari-clad graceful women, divine imagery and mythological narratives were quite popular with the elite. On a commission by Sayajirao Gaekwad of Baroda he created a series of paintings based on the Hindu epics Ramayana and Mahabharata, including the famous Radha and Madhava and Shanthanu and Ganga, in oil colours on canvas. Later he set up the Ravi Varma Fine Arts Lithographic Press in Bombay in 1894 to make oleographs of his portrayals of Hindu deities. His colourful gods and goddesses, such as Saraswati and Lakshmi, looked more humane than godly, and the glossy reproductions, being affordable for the masses, quickly became extremely popular. Printed in thousands, the oleographs democratised and changed the nature of worship by making divine imagery a part of the 20th century middle-class Hindu homes across the country, where the prints were further decorated with zari and other embellishments for worship. Critiqued as ‘kitsch’ and ‘calendar art’ by some, his work has more recently been validated as a trendsetter for popular culture in contemporary Indian art. 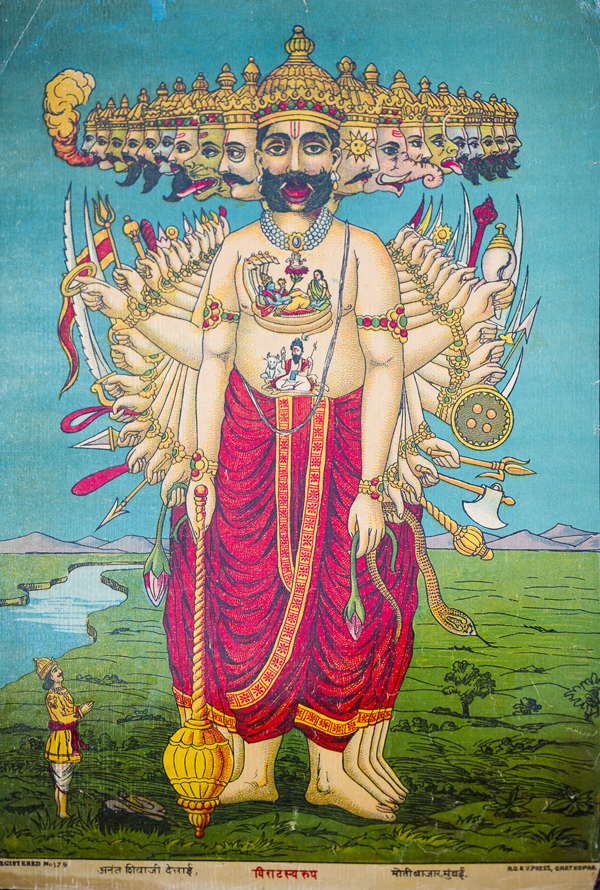 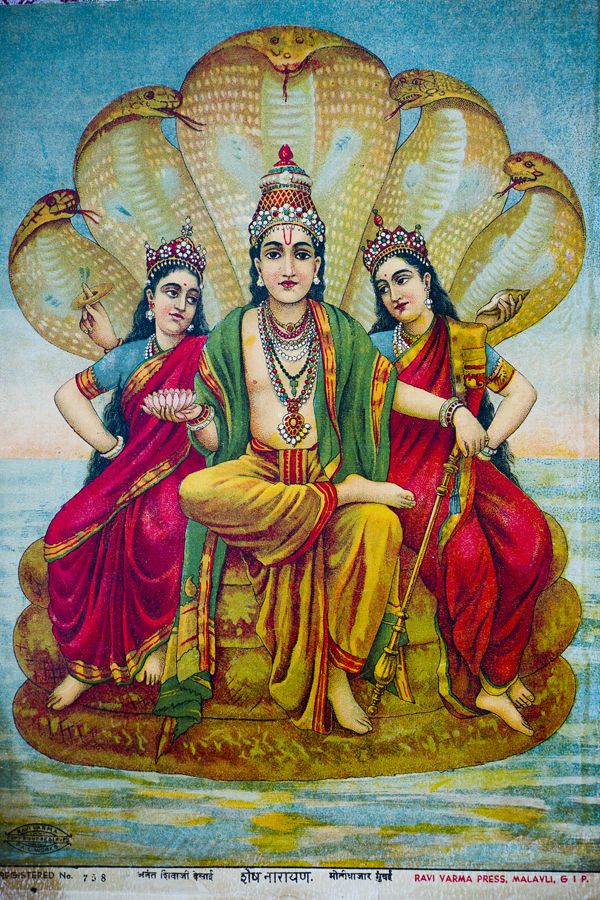