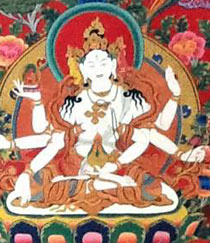 Born in 1995 at Shigatse in Tibet, Penpa Yassel, given his predisposition towards art, took little interest in academics. The young lad had a tough life. Trekking his way to Dharamshala and from there to Mysore, he joined the Tashi Lhunpo Monastery when just twelve. Ten years of rigorous studies there and he learnt to paint the Buddha, Tara, disciples of Amitabha Buddha, protector deities like Yamantaka and other fierce forms. Trying first on a slate like pad, then on black surface of a wooden plank dusted with white powder, he practiced drawing, and made marks with a sharpened wooden tip. With steady and delicate lines in pencil or charcoal he draws the head, the body, clothing and other details that are then filled in on a thangka. With minerals and saps from wood, he creates his own colours and uses gums, brushes, varnishes and supports to give his art its distinct appeal. He has since set up a workshop studio where he paints and also trains other young people interested in thangka painting techniques. His Buddha imagery and narratives, inspired by his readings of the texts, and his use of bright colours and gold impart a very original air to his works and designs. His work is held in several monasteries and private collections. 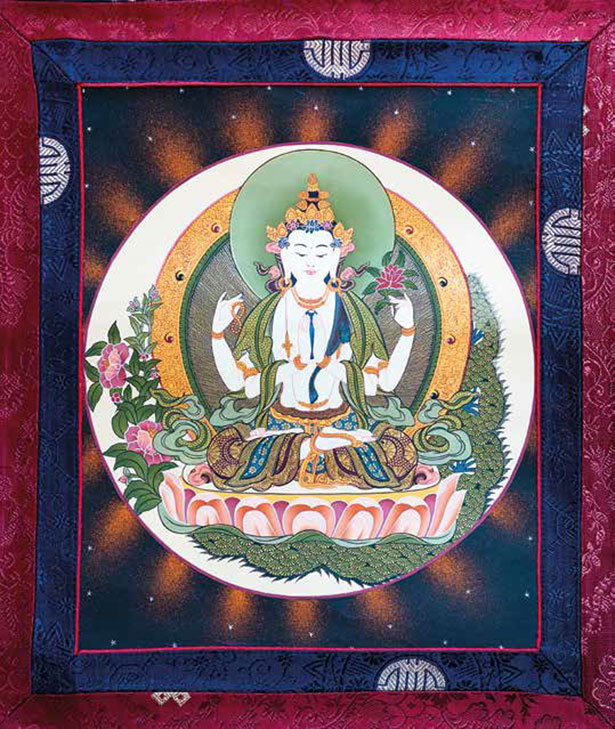 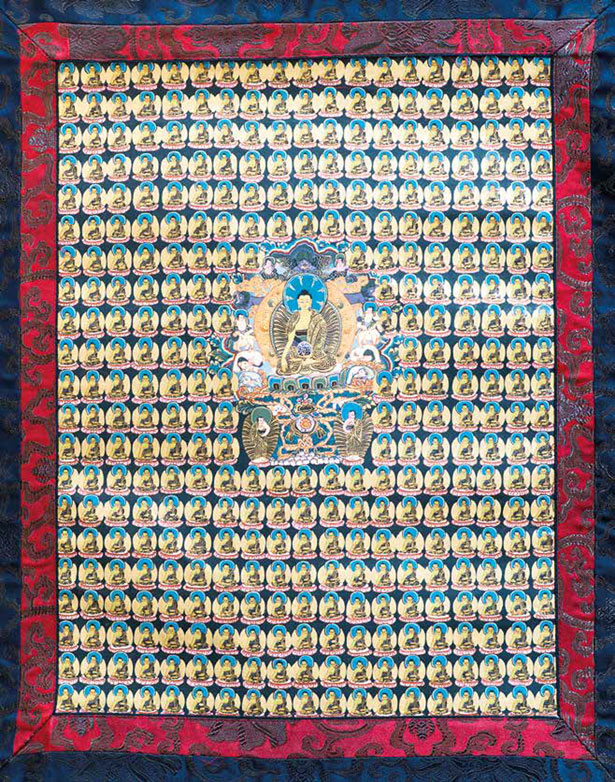