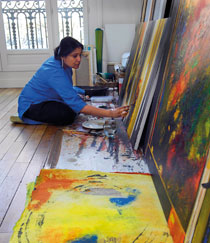 Born in 1958 at Jaipur, Sujata Bajaj received her Bachelor’s and Master’s Degrees in Art and Painting from SNDT College at Pune University in India. This was followed by studies at the École des Beaux-Arts in Paris on a French Government scholarship and work at Studio Claude Viseux. With a doctorate in Indian tribal art, Sujata’s work displays an abstract oeuvre and incorporates something of the myth and folk culture, together with classical Indian aesthetics. There is a contemporary and somewhat international sensibility in her work that appears in a conglomeration of a variety of media, like collage on paper, wax, paint etc. as in ancient manuscripts, with primordial motifs and meanings. Her work, in colourful abstract renditions with calligraphic markings and in spiritual ethos, has won her critical acclaim internationally. Be it in etching, wood-cut, sculpture, murals, cold ceramic, fibre-glass, metal, mix media and now acrylic, her art displays a versatility that has won her several awards including the SNDT University Chancellor Award, Maharashtra State Art Society and the Raza Awards. Sujata has had the distinction of being selected for the International Youth Achievement Programme at Cambridge, UK. Her work has been exhibited extensively in Europe and India. It is held in important collections, including that of the Cultural Ministry of Norway. Two large books documenting her work and published in France have been released in Paris, London, Mumbai and Delhi. Sujata divides her time between France, Norway and Pune. 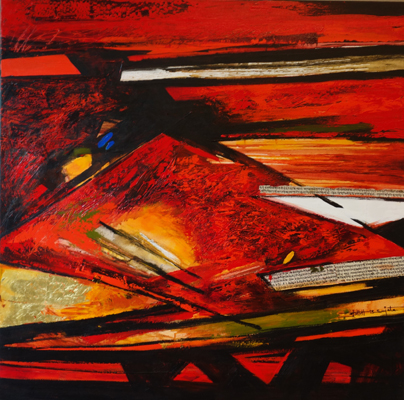 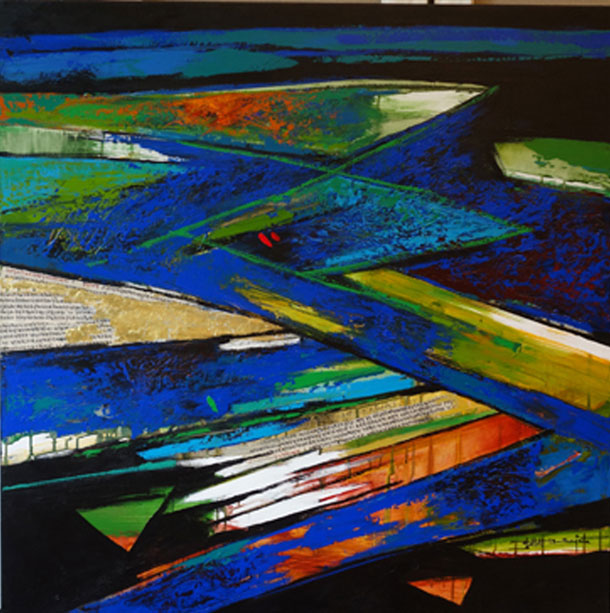 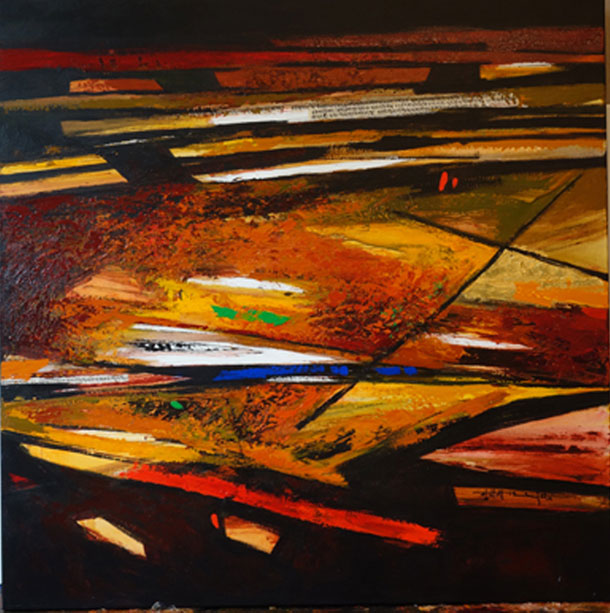