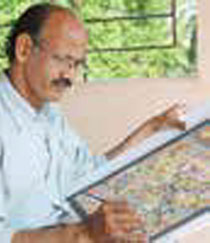 A miniature artist from Gadag, Kamal Ahmed obtained his Master’s degree in Fine Arts from Karnataka University, Dharwad. He works as an art teacher while also continuing with his own practice as an artist. Rooted in the soil, the lei motif of his work is the somewhat other worldly creatures that endow his compositions with a touch of fantasy. A subtle touch of reality appears alongside the scared renditions that are marked for their fine workmanship inspired by the regional folk forms. The artist has won a number of awards including Gold Medals at the annual exhibition at Mini Vidhana Soudha, Gulbarga, the Prathibha Ratna Award of K. V. Parishath, Gadag and the Best Traditional Painting Award Half Tola Gold Medal, organized by Kannada University, Hampi. The artist is based in Gadag and works from his studio there. 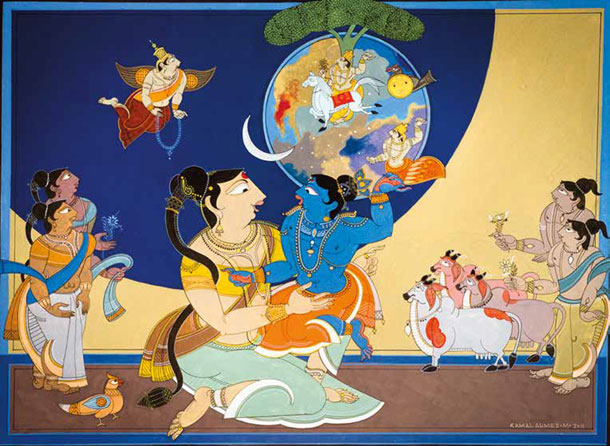