Directed by Goutam Ghose with Jagannath Guha as Associate Director and artist-curator Desmond Lazaro as scriptwriter and presenter, ‘Studios of Devotion’ is being produced for the Museum of Sacred Art by Kolkata based Orchid Films. The film is about the ‘nature’ of devotion and the artists who make devotional art. It is a glimpse into the world, which has largely remained hidden and at times superseded by our ever-changing, fast moving ‘modern world view’. A view that sees India (and many emerging nations from across the globe) jostling for consumer future at the expense of everything that is (as Plato wrote)- the good the true and the beautiful- which have guided mankind down the ages towards a common and cherished goal—humanity—regardless of religion, race, cast and creed. ‘Art’ in its purest form and highest ideals, can bring together peoples, cultures and societies. Devotional art by its nature contributes to these ideals because it is based on an inherent belief in the ‘other’ and not just the ‘self’. The film spanning 60-minute approximately, deals with the world of devotional art and how a group of artists negotiate this ‘inherent belief’.

Approaches differ; some follow the traditional time honoured practices, laid down by their forefathers, whilst others dwell upon their private and immensely personal way of looking at things. But both the approaches have one root – the spirituality. The film journeys into the lives of eight artists, working in different parts of India, each having a different socio-economic background. In the film, they are at work in their studios, talking about what it means to make a devotional artwork and sharing their stories. 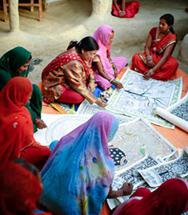 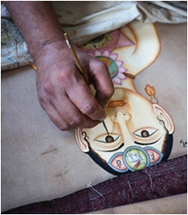 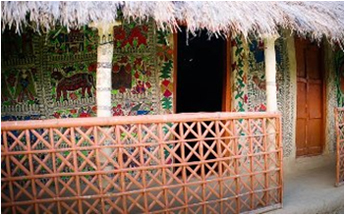