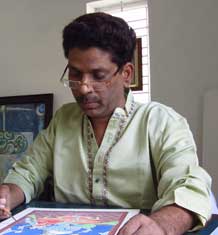 Born in 1959 in the Bidar district of Karnataka, MV Kambar also known as Manik V Kambar, is a commerce graduate. He then studied Arts, with a specialisation in painting, and researched and worked on the Vijayanagara and Surpur styles of painting. He often works in the miniature format and his imagery features icons and episodes inspired by the devotional genre. Renowned for his expertise in fine line drawing, he has won the Karnataka State Lalit Kala Academy Award thrice. He has also been felicitated with the Mysore Dasara Award for his work. Featured in exhibitions organized by the Lalit Kala Academy, New Delhi, Bharath Bhavan, Bhopal, Chitra Kala Parishath, Bangalore, as well as galleries in Mumbai and other Indian cities, including Gulbarga. His works are held in various public and private collections including Lalit Kala Academy, Delhi, Karnataka Lalit Kala Academy, Bangalore, Archaeology Department, Mysore, and in Australia, Singapore, Pondicherry, Lucknow, Gulbarga, Latur and Solapur. He has been a part of various art camps as well. The artist is presently based in Bengaluru and works out of his studio at home. 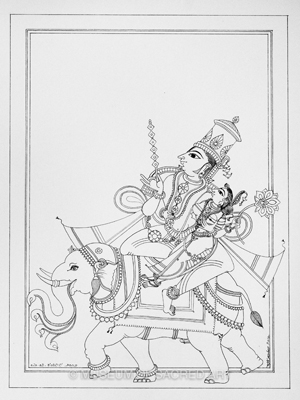 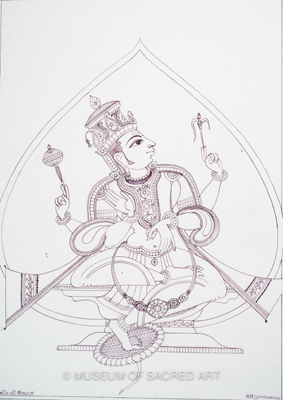 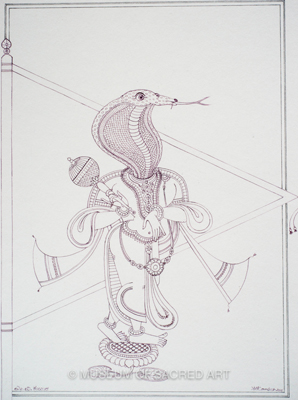 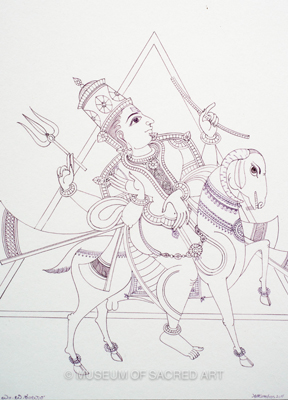 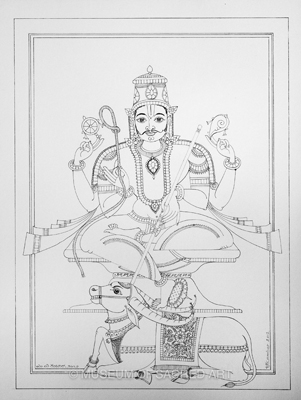 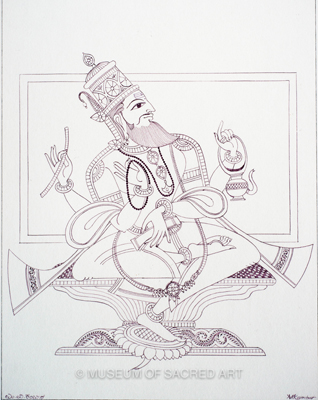 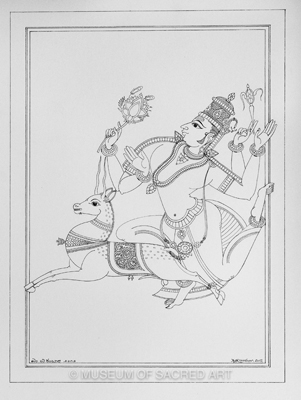 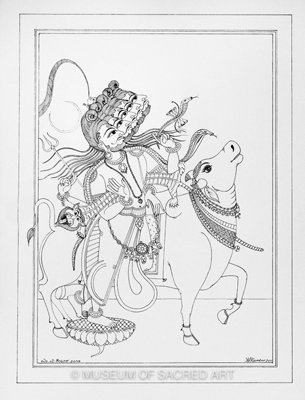 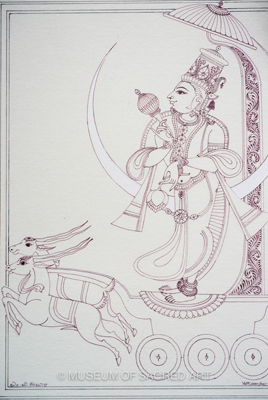 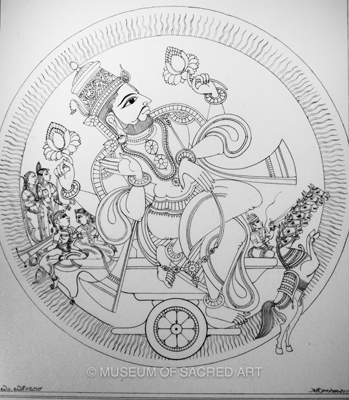 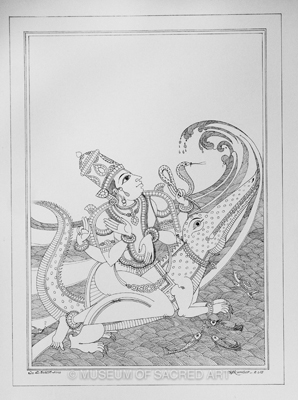 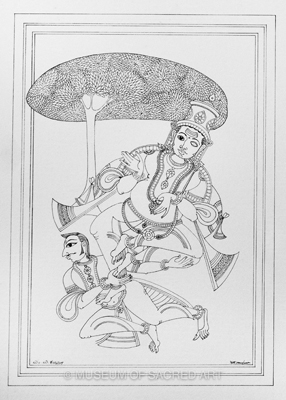 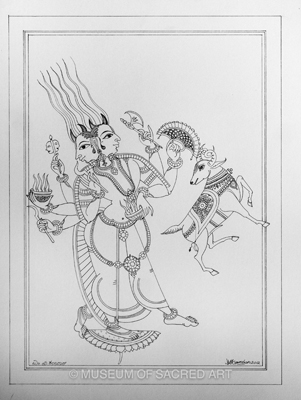 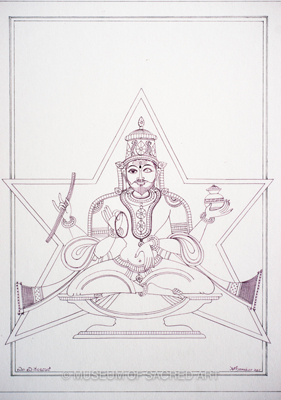 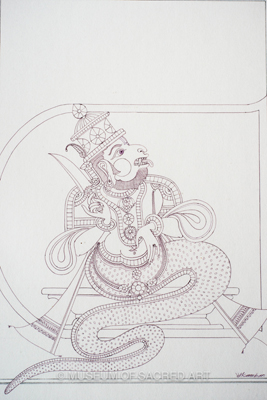 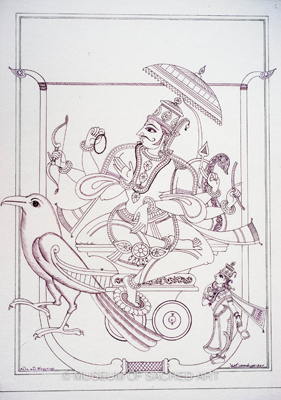 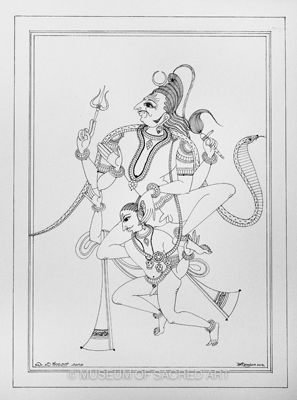