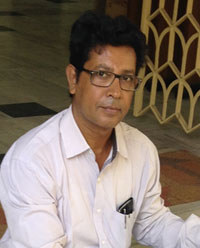 Born in 1962 in West Bengal, Kalam Patua learnt to draw and paint in the ancient patachitra scroll style at the age of ten under the watchful guidance of his uncle, late Baidyanath Patua. Artists who make the patachitra scrolls are known as Patuas and hence his name – Kalam Patua. From patachitra to Kalighat painting was an easy transition for the adept artist who has carried forward his passion for creative work, balancing it with his job as a postmaster in the local office. Given his large body of work, Kalam is credited with reinventing the lost genre of popular 19th century bazaar art of Kalighat in Bengal. Incorporating some influence of the Company School, Kalam’s work, mostly on paper, comes in quickly drawn bold lines in a multihued palette. In content, his art engages with socio-religious themes and pokes fun at middle-class double standards. The characters can be mythological or men and women of the present-day society. The compositions are sketched in detail with bare essentials in the background. His delightful icons, deities and folklore are collected as souvenirs by devotees and pilgrims while his playful and charming compositions based on contemporary themes go mainly to urban and global collectors. Deceptively simple, his work can be provocative, offering profound comments on society. Kalam’s work has been exhibited extensively in India and abroad including the National Museum at Liverpool, the Museum of Civilization in Canada, Chicago Children’s Museum and the Victoria and Albert Museum in London. It is part of the permanent collections at Crafts Museum and National Gallery of Modern Art in Delhi, at Victoria and Albert Museum in London as well as private collections in India and around the world. Kalam lives in Rampurhat in West Bengal and works from his studio at home. 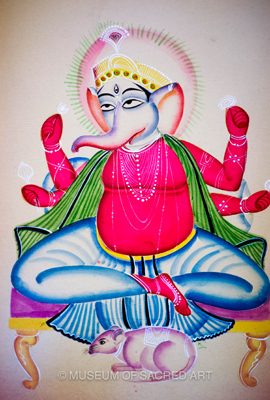 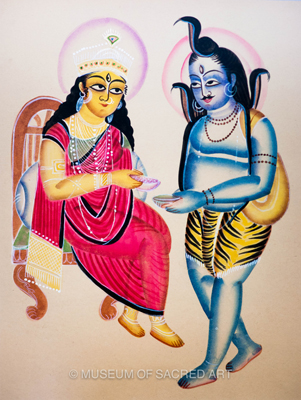 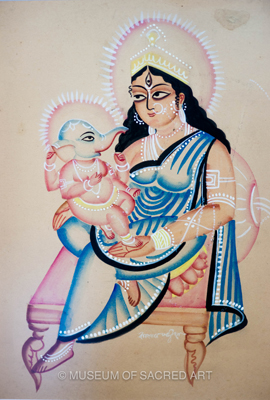 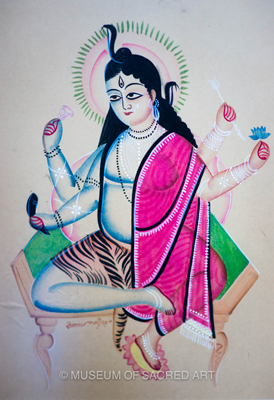 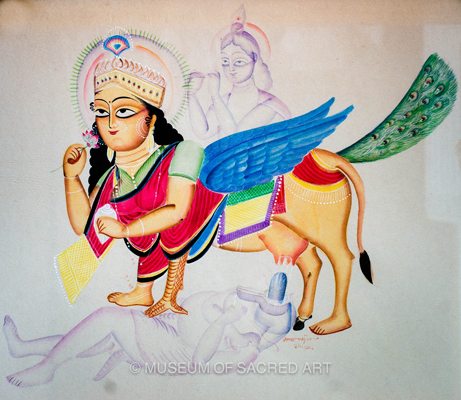 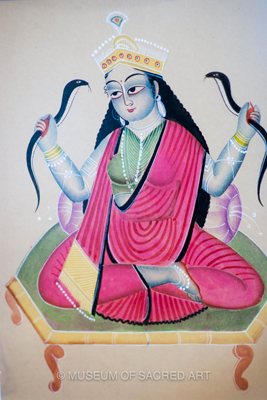 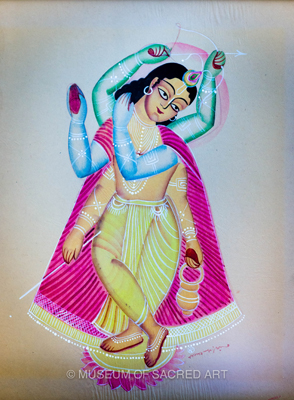 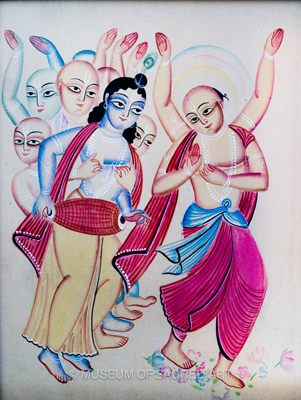 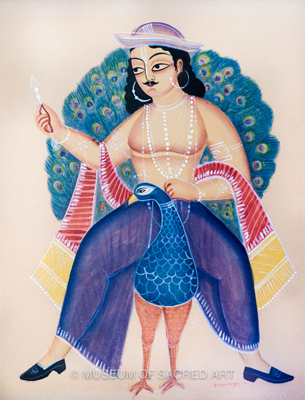 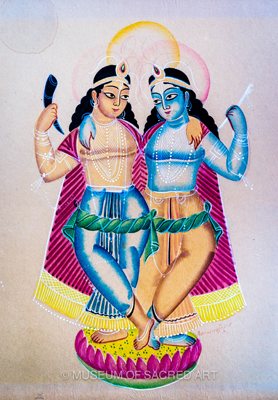 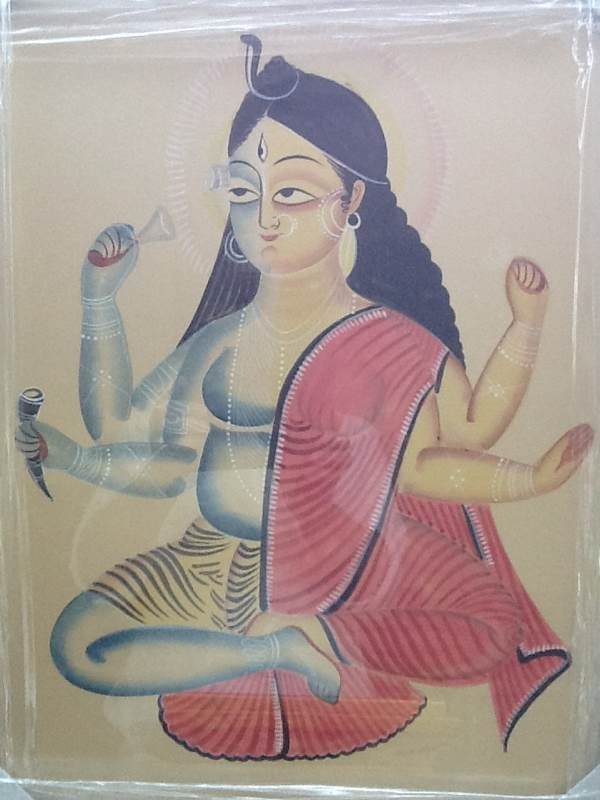