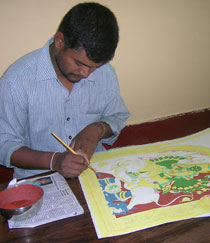 Born in 1979 at Mysore, JS Sridhar Rao, whose father was a carpenter, has been fascinated with colours. He began to paint as a child using whatever he could find lying around at the house of a scholar and connoisseur of art, where his father was employed. Recognizing his latent ability, he was taken to KV Seetharaman, a master of Mysore style. Sridhar quickly learnt the skills and nuances of the art, from his mentor to become an accomplished artist. He works diligently to make his own paper and colours using natural herbs and dyes. This endows his work with a freshness and luster. He has also specialized in restoring old and damaged paintings. One of Sridhar’s masterpieces is a composition depicting the Vijayadasami procession of Krishnaraja Wodeyar III that he was inspired to create on coming across some scrolls in the collection at V&A Museum in London. Some of his work adorns important personal and corporate collections in India and other countries. A resident of Mysore, Sridhar works at the Traditional Art Gallery at Jaganmohan Palace in the city. 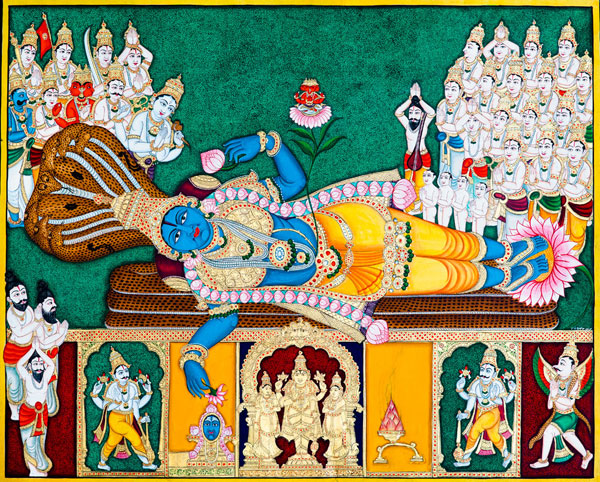 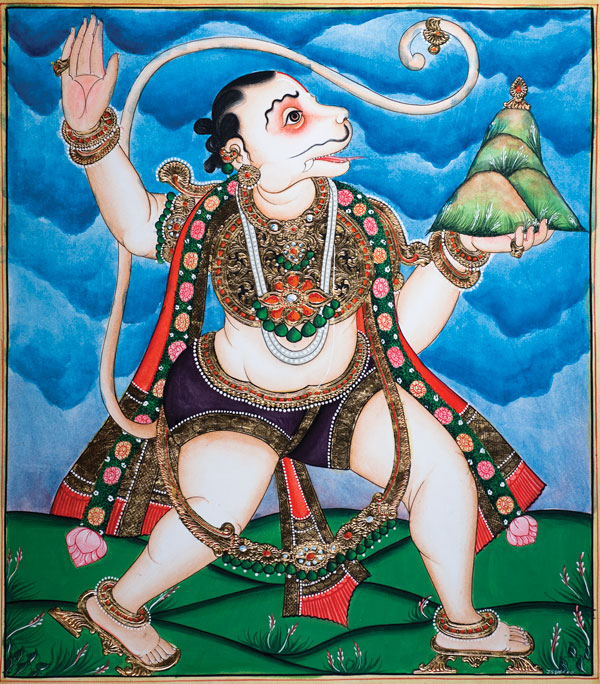 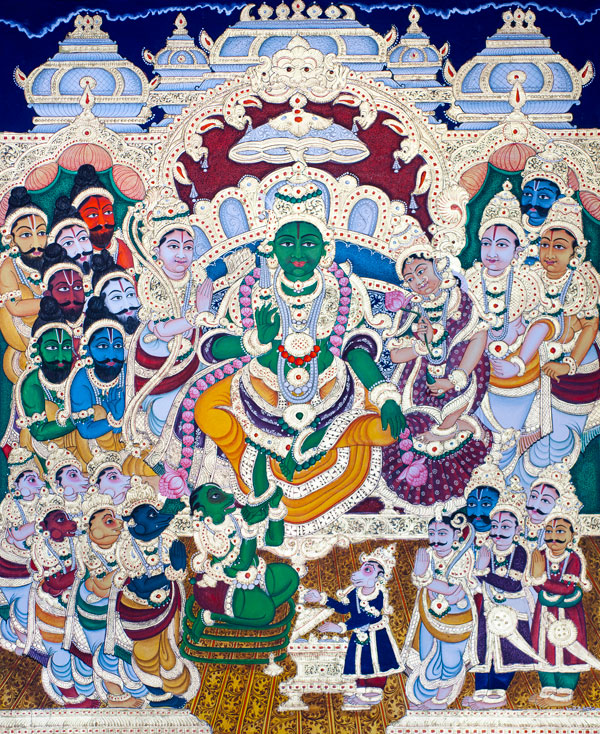 Coronation of Sri Rama and Sita