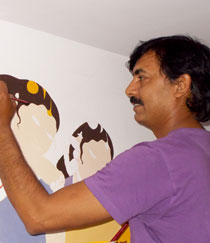 Born in 1973 in Bilaspur, Bihar Manish Verma did his graduation in painting from College of Arts and Crafts, Patna University, with academic excellence awards for all three years that he was there. Using Simple lines, textures and patterns he creates stylized human figures. The central focus for much of his painterly outpouring on his canvases is the story and message of the timeless divine figure of Budha. The impact of the frequent visits he made in his teens to Bodh-Gaya neighbourhing his home, are replayed in his various series that trace the legend of Buddha- first as a Prince, then his penance and finally the Nirvana. There is recurring appearance of the tranquil portrait and reference to the Jataka stories too. He works in oil and acrylic as well as wash technique, and has also executed several large scale mural panels for various public and private bodies. A State LKA Award winner Manish is also a recipient of Bihar State Shilpi Sangh Painting Exhibition Award, and his work has been part of many workshops and exhibitions all over India. 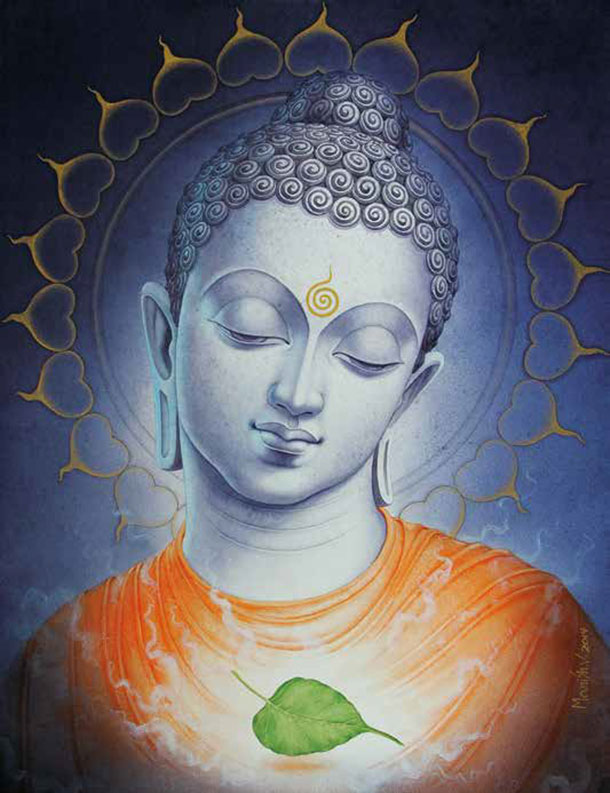