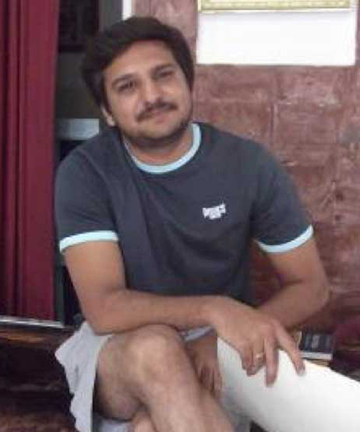 Manish Soni is the grandson of the Rajasthani miniature artist Badrilal Chitrakar, who has been honoured with the title of Master Craftsperson by the Indian Government. Like all others his age, Manish learnt to draw and paint as a young child apprenticing with his father and grandfather, following the family tradition. Preparing his wasli with layers of paper stuck together before burnishing, making his own colours using minerals, vegetable extracts and other natural materials and painting with squirrel hair brushes, he has created a large body of work, including some notable reproductions. This experience, the artist feels, has been an incarnation of sorts that has helped enrich his art as a spiritual practice. Though painted in the Pahari style of North India, his work is similar in feel to Rajasthani miniatures – featuring Krishna in his various moods and stories that make pichhwais. The much sought after artist’s work is held in significant collections in India, Europe and USA and he also starred as the 17th century painter Nainsukh in a film produced by Zurich Museum. Manish lives and works in Udaipur. 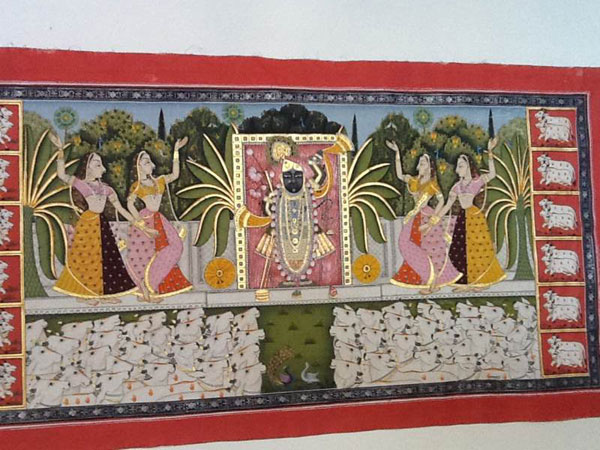