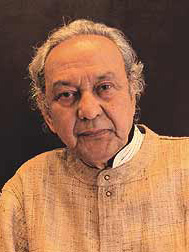 Born 1922 in Madhya Pradesh, Raza S H full name Syed Haider Raza; studied painting at the School of Art in Nagpur and Mumbai’s Sir JJ School of Art. One of the greatest icons of Contemporary Indian Art and a founder member of the Progressive Artists Group, Raza as he is popularly known, moved to Paris in 1950 to study at Ecole Nationale des Beaux-Arts with a French Government scholarship. And Paris became his home until recently when he shifted his base to Delhi. Raza’s oeuvre is marked for its spiritual essence, its myriad colours and abstraction. The vague suggestions of a landscape of his childhood amidst rustic rural ambience of MP that can be seen in his early works, begins to fade away and become subtle as the artist turns inward. The rendezvous with simple elementary geometric forms, symbols and metaphors including ‘Bindu’ i.e. a dot or circle appear in luminous reds, blues and other colours as his canvases rotate around a focal point often symbolic of male-female polarity bordering on the tantric. The legendary artist has retained the energy and spirit of the land of his birth, and added to it a technical finesse resulting from his Western training and exposure. Raza contributes to several cultural trusts and initiatives in India and France that support promising young artists to showcase their work internationally. His own work has been exhibited in countless individual and group shows including the International Biennales at Venice, Sao Paolo, Manton and Triennale India. He has been conferred several awards including the Prix de la Critique in Paris, the Kalidas Samman by the government of Madhya Pradesh and the Lalit Kala Ratna and Padma Shree by the President of India. His work is held in important Indian and international public and private collections including the National Gallery of Modern Art, Jehangir Art Gallery Mumbai and Bharat Bavan Bhopal. Raza lives and works in India. 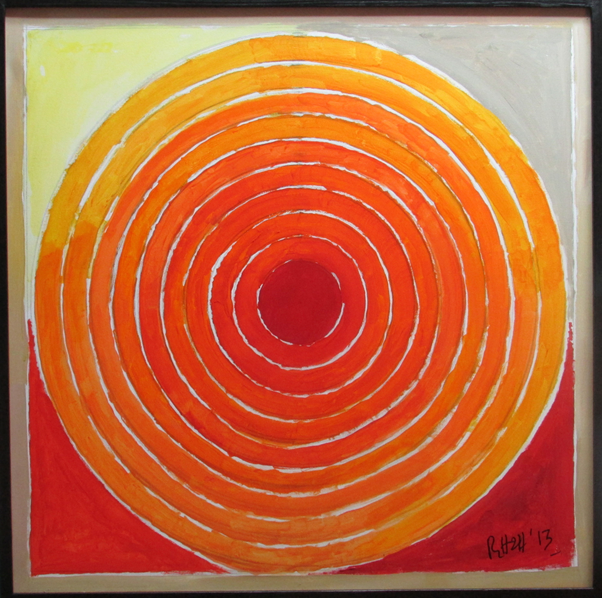