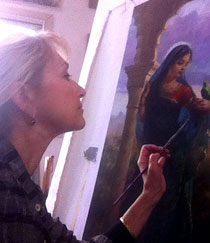 Dhriti Dasi, earlier known as Miriam Briks, was born in 1957 at Wroclaw, Poland and is an ISKON follower. She was introduced to art at the age of five and later studied it formally at the Art Students League of New York and the School of Art and Design, also in New York. After completing her graduation in 1975, she went to Los Angeles where she joined the artists at the Bhaktivedanta Book Trust (BBT) art studio. She stayed there for four years, working on many projects, including a 24-volume series of the Chaitanya Charitamrita, a classic Gaudiya Vaishnava text from India. Dhriti met her husband, Ramadasa Abhirama Dasa, at the BBT art studios, where they worked on many pieces together. In 1979 they went to Florence, Italy where Dhriti headed a BBT art department. Whilst in Italy, she studied at the Academia de Siena, and began exhibiting her work in Italy, France, and England. She returned to the United States in 1986, and began following the Impressionistic style of painting. Though trained primarily in classical art, her work includes more varied use of color and strong gestural strokes, inspired greatly by the artists Sargent, Chase, Sorolla and Zorn and her studies of Indian epics. Her portrayal of figuration is skillful and evocative and vividly brings alive the featured narratives. Dhriti’s works are found in many private collections throughout the United States and Europe, and she continues to work from her base in the US. 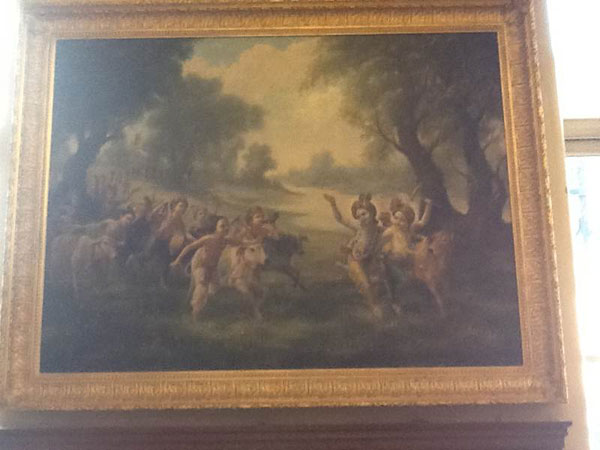 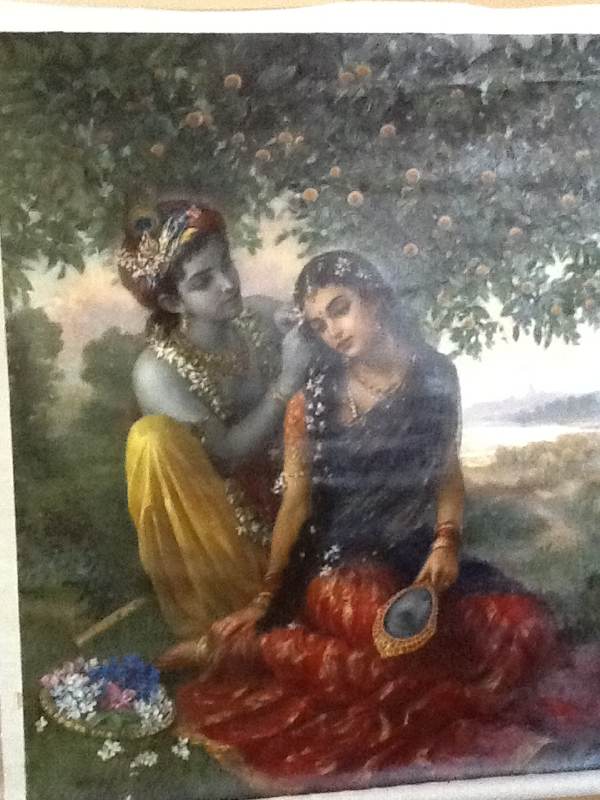 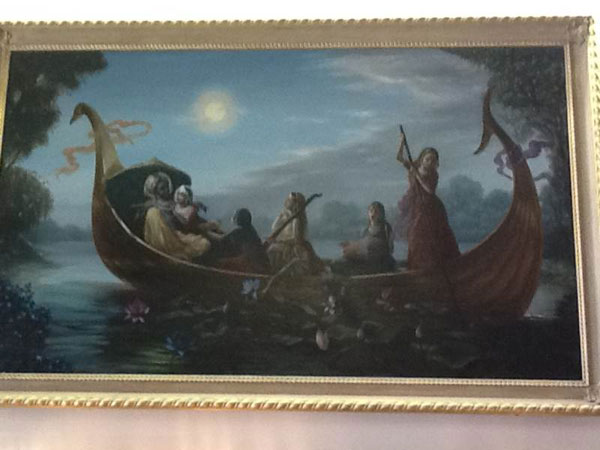