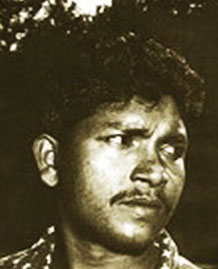 Jangarh Singh Shyam (1962- 2001) was an acclaimed Indian artist of the Gond tribe who grew up in the Narmada Valley area of Madhya Pradesh. His paintings caught the attention of J Swaminathan, the then Director of Bharat Bhavan, Bhopal, and a renowned artist himself. An invitation to work at the Roopankar Museum, gave young Jangarh the opportunity to work in the printmaking division of the museum in Bhopal and evolve his own style – a mix of tribal and modern art, in brush and pen drawings and paintings. Featuring deities and tribal pantheons, leaping tigers and flying birds, his compositions suggest movement and vibrancy. His world of gods and goddesses, birds, animals and trees, painted stroke by stroke, in repetitive textural patterns, received critical acclaim throughout India and internationally with shows held at Centre Pompidou, Paris, Craft Museum, Delhi, Bharat Mahotsav at London, in Japan and Gwangju Biennale in Korea, amongst others. Winner of Shikhar Samman and several other awards, he painted the main dome of Bharat Bhawan, Bhopal and interiors of the Madhya Pradesh Vidhan Sabha. He distributed the fee received from these commissions amongst his fellow artists and people of the village, while continuing to live in a modest accommodation in Bhopal. His sad and untimely demise under mysterious circumstances during a residency in Japan has been a great loss to the Indian art scene. 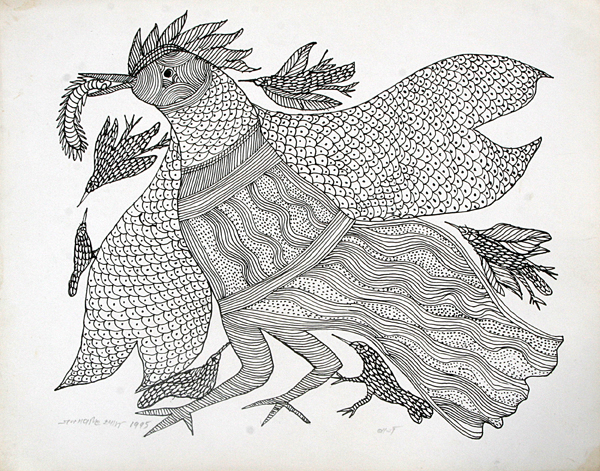 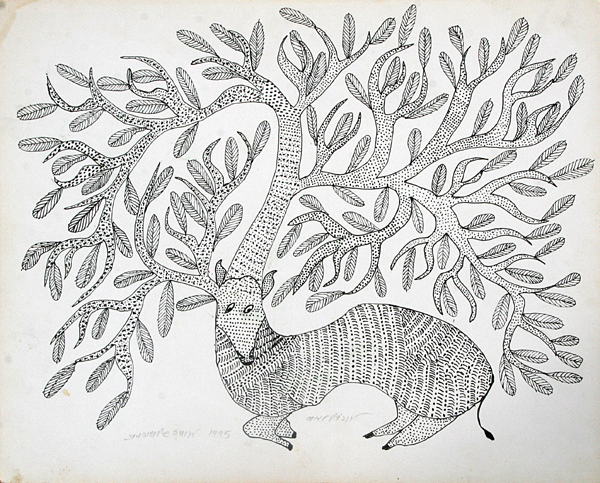 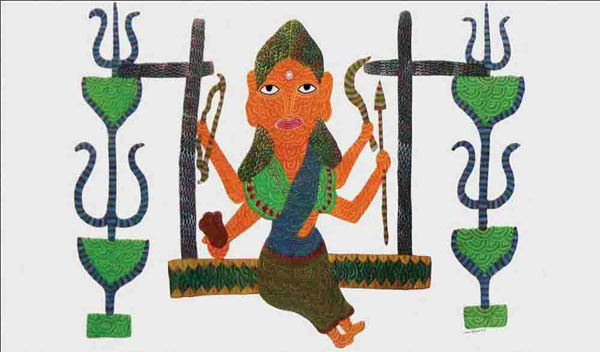