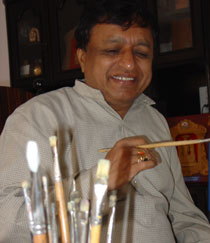 Dr. B.K.S. Varma born in 1949 hails from a creative family of artists and musicians at Karnur, on the outskirts of Bangalore now renamed Bengaluru in the Indian State of Karnataka. A child prodigy, he started to draw pictures with charcoal pieces on the walls when just eight. He subsequently tained academically in painting and sculpture at Kalamandir in Bangalore and with renowned masters. His work revolves around themes derived from poetry and dance and also uses Hindu philosophy and mythological tales as his reference points. He performs chitravadhanam or ‘on the spot drawings’ as he translates visually the verses sung by singers or played by musicians or suggested by the audience. A nationalist to the core, he has worked as an Art Director for some magazines as well as Kannada and Bollywood movies. Felicitated with an Honorary Doctorate by Bangalore University, he has also received the Rajya Prashasti by the Karnataka Government, Rajiv Gandhi Award, and Karnataka Rajya Puruskar by Karnataka Government amongst others. His work has been exhibited in several shows across India and overseas. It is part of important private and public collections in different Indian cities and abroad. 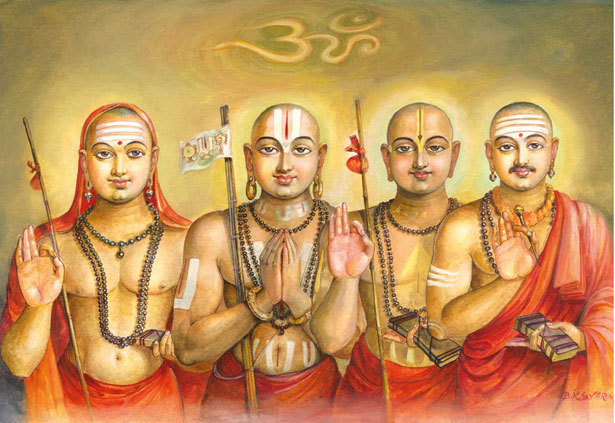