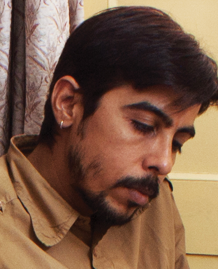 Born in 1979 at Udaipur, Kapil Sharma is a sixth generation artist from a lineage of miniature artists of Rajasthan. Inspired by his grandfather, Late Ghanshyam Sharma, Kapil started his creative journey at the age of nine and learnt to paint Pichhwais. Later, he graduated in Visual Communication from the National Institute of Design and began to combine the virtuosity of a miniature master with the sensibility of an early modernist. Given his ability to blend traditional art styles with modern technology and production techniques, he creates unique pieces that set his work in new realms. He combines his paintings with digital inputs, and art with design, to evoke an unusual aesthetic and sensuousness. The compositions appear to align the Pushtimargi ritual with a motivated devotional gaze in animated Pichhwais, rendered in unconventional styles. His innovative work has brought him admiration of his peers and collectors from around the world. Kapil, whose paintings are a part of several private collections, has participated in several exhibitions all over India. The artist lives in Udaipur and works from his studio in the city. 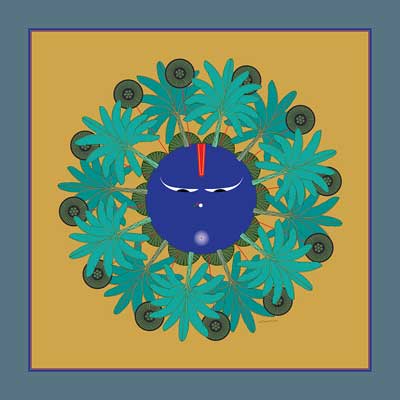 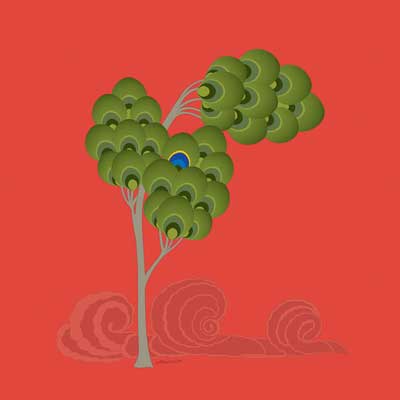 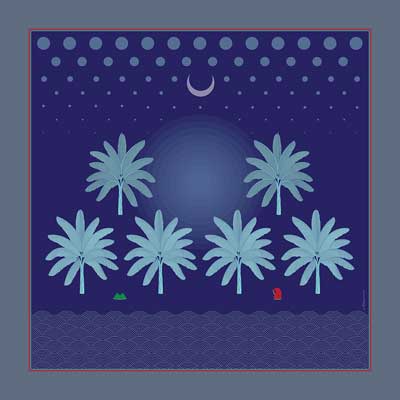 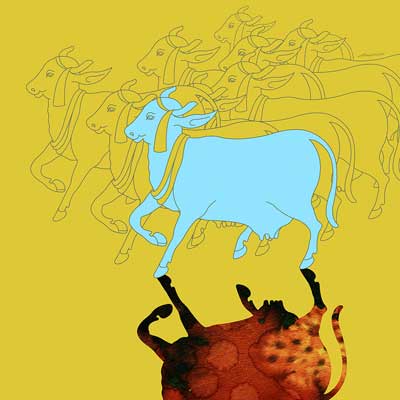