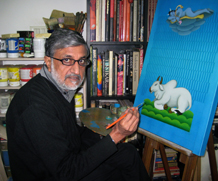 Born in 1952 at Hissar, Viren Tanwar received his Diploma in Painting from Government College of Art, Chandigarh which was followed by further studies at the Slade School of Art in London on a British Council Scholarship. He taught art at a fashion design institute and undertook other assignments and jobs before turning to fulltime painting. The harshness and pleasures, complexity and naivety – facets of today’s life – make appearance in his imagery in a stylistic rendering that plays with form and colour, and light and shade. There is also a resonance of devotion in his brightly coloured vibrant canvases. Impressions of Ajanta murals and Pahari miniatures alongside imprints of his rural Haryanavi background, where his family was engaged in the craft of Lahariyas and Bandhej, techniques of fabric dying and printing, appear in the hashiyas or borders in Viren’s works. He has dealt with multiple themes, swinging from spirituality to sexuality and featuring religious icons as well as acrobats and performers. Viren has been a member of the General Council and Secretary of the Lalit Kala Academy in Punjab and an Associate with the North Zone Cultural Centre. His work has been exhibited in several shows in various Indian cities, state exhibitions and international expositions in Mexico, Berlin and Singapore, besides other cities. The awards to his credit include the All India Fine Arts and Craft Society, Kala Shree and MS Randhawa Memorial awards amongst others. Viren’s work is held in private and private collections in India and abroad. He lives and works in the vicinity of Delhi. 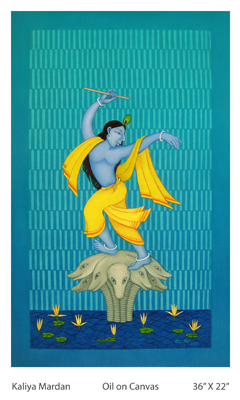 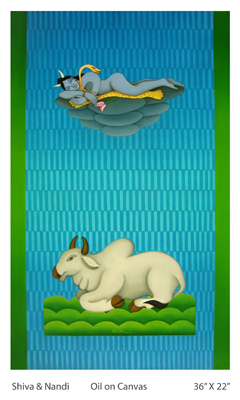 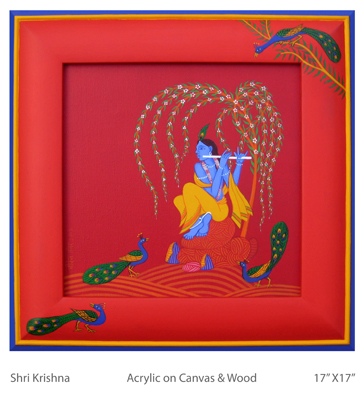 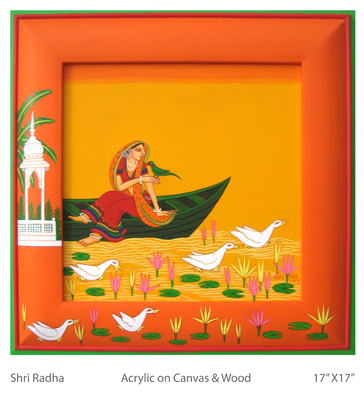 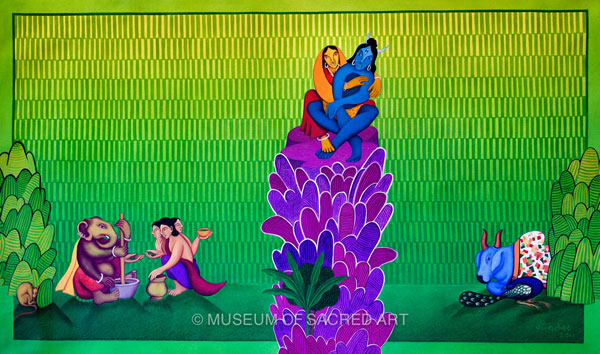