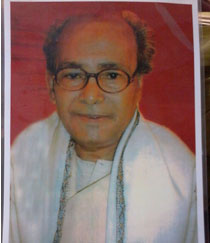 Chandrasekhar Dasa (1935 – 2011) was born in Odisha in a family of weavers. His father a master weaver also read horoscopes and people had great faith in his predictions. The young man joined his father and worked in the same domain but turned to drawing and etching on palm leaf after a while. His finely etched imagery became very popular. Chandrasekhar who also taught at the local primary school in Odisha and created a range of imagery inspired by folk lore and epics that also included gods and goddesses. He worked on palm leaf, silk, paper and canvas though palm leaf was his preferred medium. Recipient of State and National Lalit Kala awards and Kala Shree honour from Haryana, his work has been exhibited in numerous expositions and is held in various personal and official collections in different parts of the country. 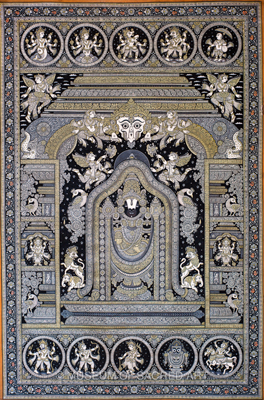