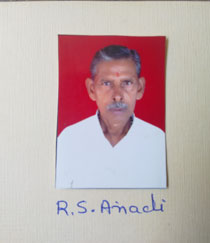 Radhey Shyam Anari, the last name also spelt as Anadi, born in 1929 at Kothputli in Banethi Rajasthan, grew up in rural India.Though he did not get any formal schooling, he trained under his guru Kishanlalji and mastered the art of miniature painting. Local legends of love and valour, the beauty of lakes, hills and palaces, mythological episodes, religious icons, gods and goddesses all appear in his detailed and colourful repository of work that won him honours and has been a source of inspiration for many of his fellow artists and students who trained with him. His work is much in demand and has been exhibited in various shows held in India and abroad. It is part of significant collections. Now a recluse, the artist lives in Jaipur.Though unable to carry on painting due to poor health, his legacy is being carried forward by his sons Suraj and Hari and many of his students who are spread across the city and the state. 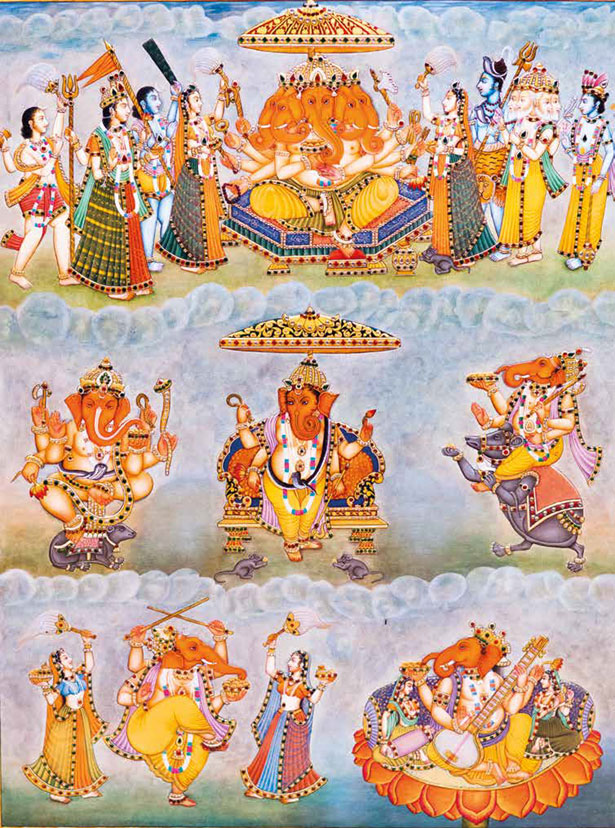