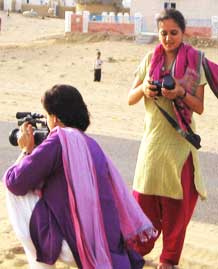 Born in 1965, Shabnam Virmani is a filmmaker and artist-in-residence at the Srishti School of Art, Design and Technology in Bangalore, India. Her quest for the spiritual and socio-political resonances of the 15th century mystic poet Kabir in contemporary worlds, led her to accompany the folk singers of Malwa, Rajasthan and Pakistan on their travels. Among the tangible outcomes of these journeys are a series of four musical documentary films, several music CDs and books of poetry that she is credited with. Some of her work includes award-winning documentaries, video and radio programmes created in partnership with grassroots women’s groups in India. Co-founder of the Drishti Media, Arts and Human Rights collective, set up in 1990 at Ahmedabad, she is currently the Director of The Kabir Project, an artist-in-residency project at the Srishti School and is engaged in creating a web-archive of the verses of Kabir and other mystics, Sufi and Bhakti poetry and music, amongst other initiatives. Her work with the project was awarded the 2013 Chishti Harmony Award, for contributing to communal harmony and inter-faith understanding in the country. Shabnam, who has given various talks and written extensively on the subject, has also taken to playing the five-stringed tambura herself, and now sings a wide repertoire of folk songs of Kabir and other mystic poets. She is based in Bangalore. Born in 1980 at Bangalore, Smriti Chanchani studied Communication Design and Film at Srishti School of Art, Design and Technology in the city. Apart from working as a design consultant at various organisations and initiatives, including the Craft Revival Trust, Children’s Film Society Mumbai, Footmarks Experiential Learning India-Bangladesh, and Centre for Disability Studies Hyderabad, she has been engaged with The Kabir Project, an artist-in-residency project at the Srishti School in Bangalore, since 2005 as their in-house designer. Her work ranges from designing the architecture and strategy for the project to associated books, and music festival collatorals. Her interests extend to include planning, communication, field research, story-boarding, writing, illustration, still photography, and filming, besides designing. She has also co-authored a research paper, ‘Taking Design into the Real World’, which targets issues of sustainability and resource management. Smriti is based in Bangalore. 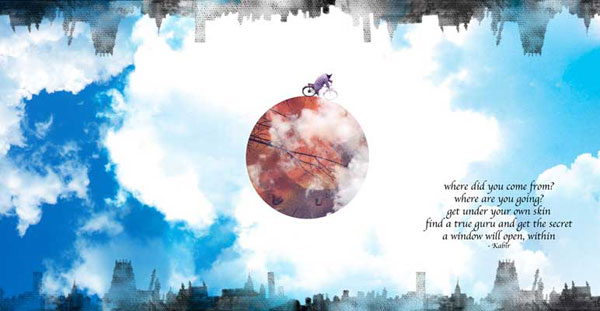 Where Did You Come From? Where Are You Going? 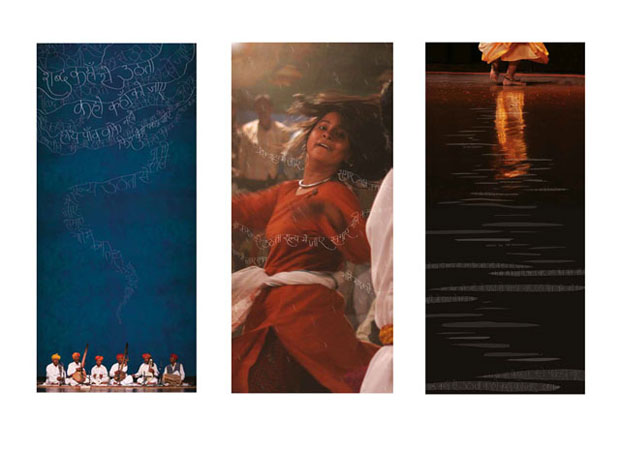 Evocations of Shabd I, II & III