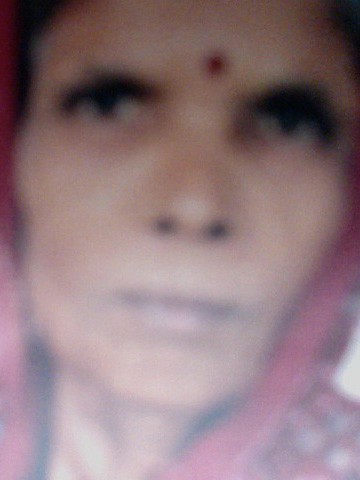 Channo Devi (1938 – 2010) was born at Mithila, which is known as the cradle of Madhubani style of folk art practiced by women in Bihar and with a longstanding tradition of passing the skills on, from mothers to their daughters. Originally painted with natural materials on walls and floors of homes and community sites during festivals and special occasions, these days paper and increasingly canvas, is being used to create more decorative compositions. Channo Devi is credited with devising a technique of her own which is inspired by tattoos and known as Godana (godna meaning tattoo). In a mix of traditional motifs, and tantric symbols with tattoos her style is popular amongst people of different groups and castes. A touch of abstraction and geometric forms is created by using a balled-up old cloth as a swab. The paintings, composed largely of lines and concentric circles, are filled-in with patterns inspired by flora and fauna, using a bamboo pen and black ink. With its freedom of expression, Channo Devi’s work features images of festivities, spirits and deities. The local flora-fauna, parrots, and snakes also appear in her artscape, built with dotted lines and a range of forms. Her work has won her critical acclaim and participation in exhibitions at Delhi and Mumbai besides in the UK, France and USA.