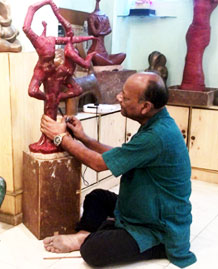 Born in 1952 in West Bengal, Tapas Sarkar, graduated from the Government College of Art & Craft in Kolkata. Founder Member and Secretary of the group ‘Calcutta Sculptors’, he worked as a modeler and headed the studio at the Indian Museum in Kolkata for several years but gave that up to take to fulltime sculpting. His work is inspired by mythology and the Kalighat tradition of Bengal painting. He creates iconic figuration in re-interpretation as contemporary narratives. His colourful sculptures appear in varied media and materials, including terracotta, plaster, glass-wool, aluminum, bronze, and scrap. Credited with executing several giant metal sculptures, ranging from 10 to 55 feet, for important institutions and public places including some for NTPC, SAIL, IFFCO, State and Central Governments, he has also worked in smaller sizes. His work has featured in about 22 solo and 55 group exhibitions across India as well as overseas, including at the recent India Art Fair. Tapas has attended many national and international camps. Recipient of the Ministry of Culture’s Senior Fellowship, he has also been honoured with state and national awards including the Governor’s Gold Medal, Academy of Fine Arts, Rabindra Bharati University and M.P. State Lalit Kala Academy awards. The artist lives and works in Kolkata. 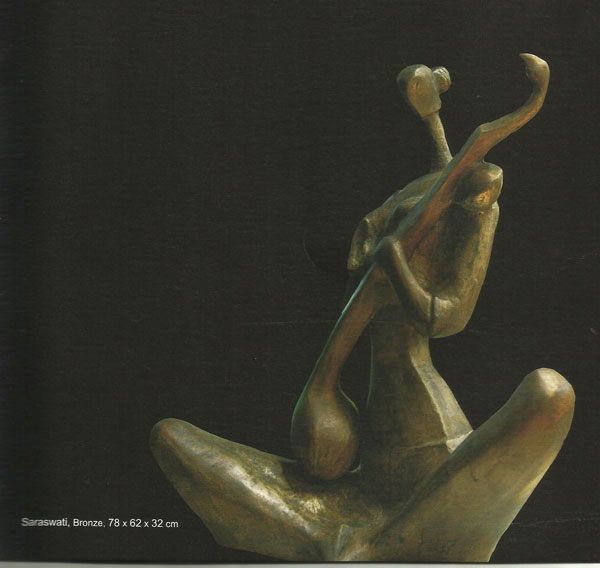