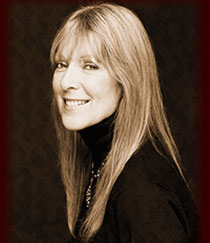 Kim Waters’ paintings reflect her spiritual leanings and her interest in a number of artistic traditions. The sacred arts of India, the teachings of her spiritual guru A.C Bhaktivedanta Swami Prabhupada, and the poetry of Rabindranath Tagore, have been incessant sources of her inspiration. Her colourful compositions feature icons and episodes from various scriptures. Besides drawing and painting she also works in sculptures and illustrations. For her painterly style, she draws freely from classical Indian art, Persian miniature painting, medieval and renaissance illumination, Celtic folklore, and Victorian book design. Her work has been exhibited throughout the United States. It has been published in Illuminations from the Bhagavad Gita and The Butter Thief, co-authored with Chris Murray, Enchanted Tales: An ABC Fantasy, Devi Temple, and The Vrindavana Activity Set among others. She is currently working on seventyeight paintings for a contemporary Tarot deck. A multi-talented artist, Kim has also recorded six albums of Vaisnava songs and chants dedicated to Swami Bhaktivedanta and his disciples under the name Rasa. 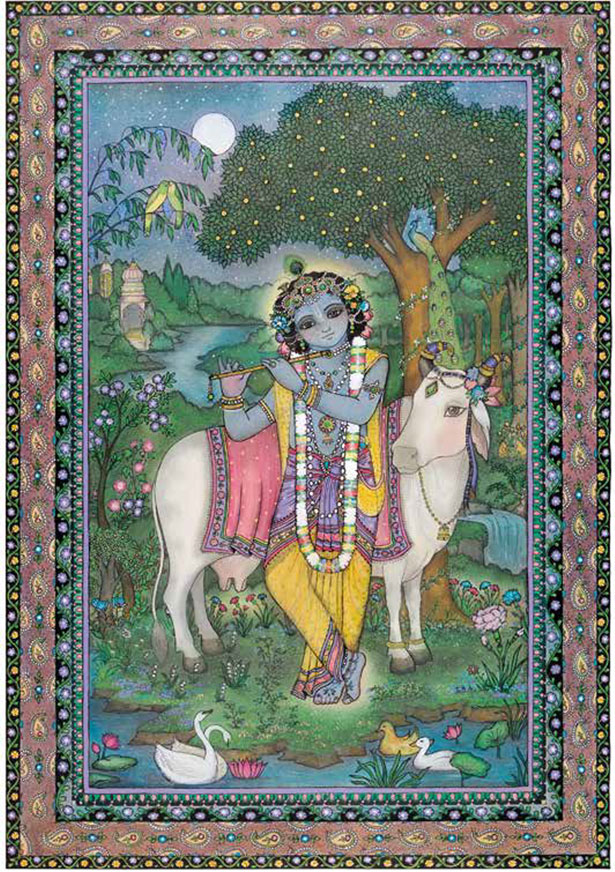 Pencil, Pen , Acrylic and Pastels on Board 66x46 cm