“Forms of Devotion is curated by Sushma K. Bahl, the former head of the British Council of India’s Arts and Culture department.”

Asia’s largest museum, the China Art Museum in Shanghai, has dedicated its entire tenth floor to Forms of Devotion, a collection of sacred art from Belgium’s Museum of Sacred Art (MOSA).

The exhibit, which opened on November 6th and is on display until February 21st 2016, is part of the “Celebrating India in Shanghai” program put on by the China Shanghai International Arts Festival. It is drawing over 30,000 visitors daily.

It features  430 works of art from some of India and the world’s most prominent visual artists. All are inspired by religious, cultural and social visions of India, and rendered in the spirit of devotion and the betterment of humanity.

Forms of Devotion is curated by Sushma K. Bahl, the former head of the British Council of India’s Arts and Culture department. It’s the largest exhibition of Indian and Indian-inspired art ever to travel outside of India, and covers an area of more than 1,500 square meters.

The entrance to the China Art Museum

The pieces featured in Forms of Devotion are part of a larger collection of over 2,000 works inspired by devotional concepts and displayed year around at MOSA in Belgium.

MOSA director and art collector Martin Gurvich — the son of renowned artist Jose Gurvich – built the collection over many years.

“Forms of Devotion inspires happiness and tranquility of sacred spaces and raises important social questions relevant both to India and the world today,” he says.

Martin Gurvich (second from the left) among Chinese and Indian dignitaries.

Featured artists present to introduce their work included painter Mahaveer Swami, fashion designer Mandali Mendrilla and painter Ujan Dutta, who all expressed their enthusiasm and joy at getting to share their art with the people of China and the China Art Museum’s international visitors.

Mandali Mendrilla’s interactive art installation, a sculpture dress called Mandala of Desires or “Blue Lotus Wish Tree,” has been one of the exhibition’s most popular pieces, drawing 3,000 people within a few hours of the opening.

The dress’s pattern was constructed according to a traditional Indian mandala diagram called Goloka Yantra, and the thousand petalled lotus (sahasra patra kamalam) described in the ancient hymn Sri Brahma Samhita, which is painted on the dress in Devanagari script.

“Mandala diagrams and the thousand petalled lotus are elements of both Indian and Chinese culture,” says Mendrilla.

The dress is made with vegan peace silk and eco-friendly textile ink, and invites visitors to imagine a beautiful world, write their vision down on a piece of paper or cloth, and hang it on the dress as they would on the branch of a live wish tree.

“The meditative practice of collective wishing is well known to traditions of the East, and I’ve been thrilled at the overwhelming response to the piece,” says Mendrilla.

Visitors pin their wishes for a beautiful world on the dress

All the artworks in Forms of Devotion, which celebrate the creativity and vibrancy of India’s devotional art, are displayed in nine thematically designed sections: Imaging the Divine, Cosmic Constellation, Elemental Ecstasy, Absence Presence, Lila, Telling Tales, Pilgrim’s Progress, Sacred & Secular, and Worlds Within.

“We hope that it is creating cultural bridges, and connecting minds and hearts,” says director Martin Gurvich.

By: Madhava Smullen for ISKCON News 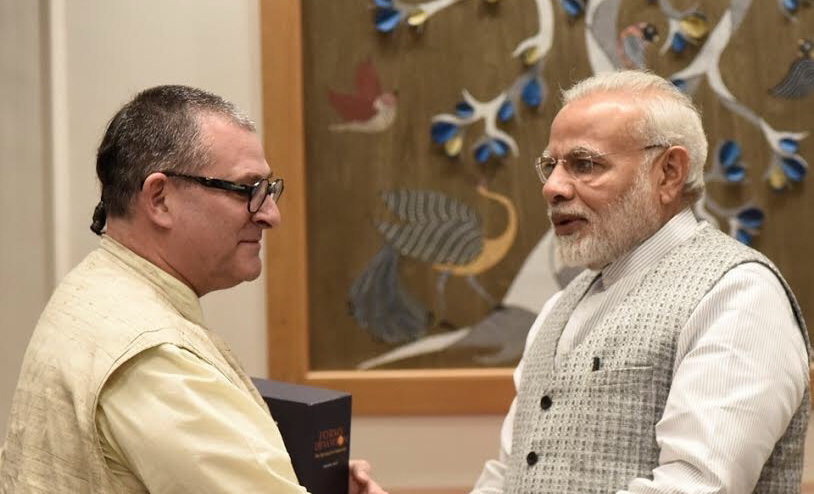 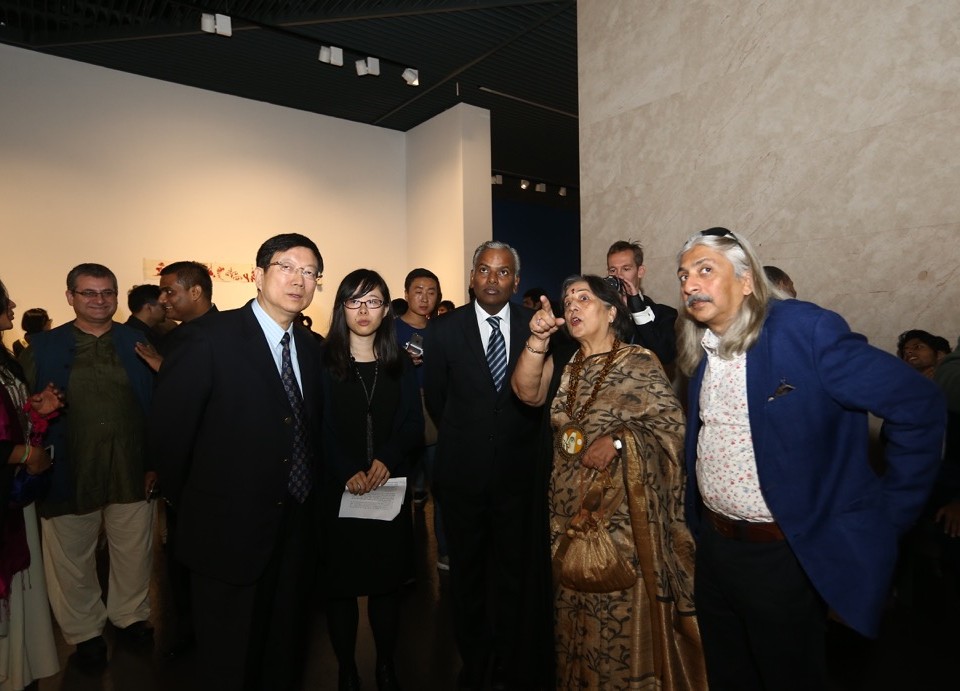 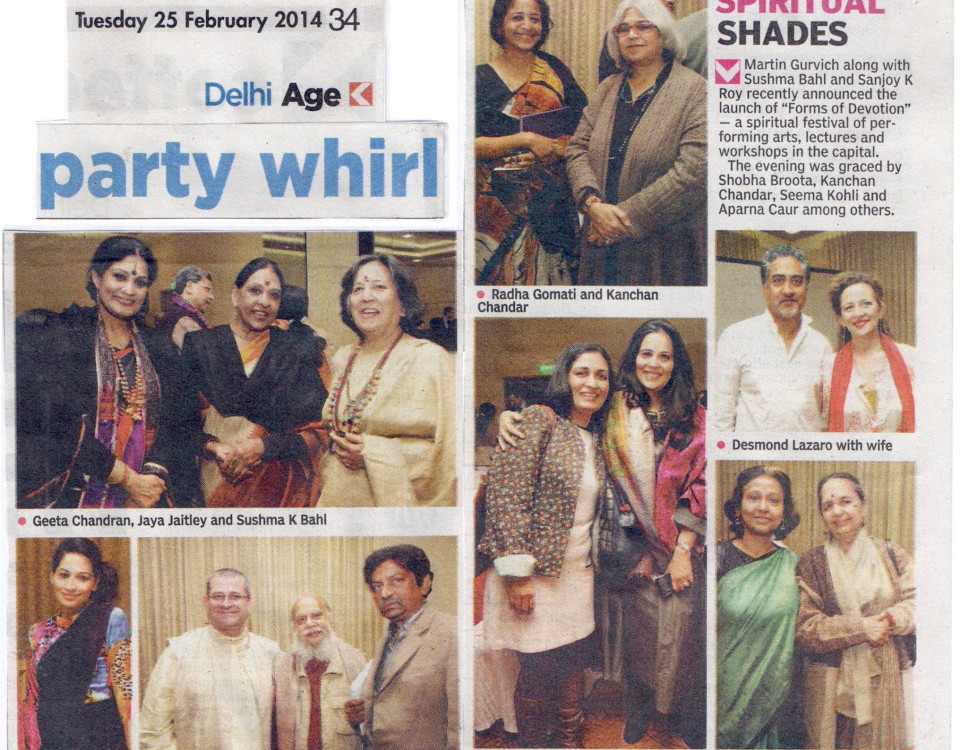 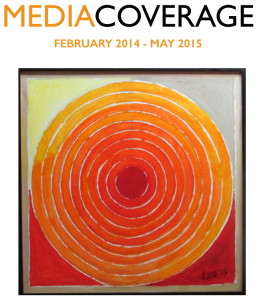