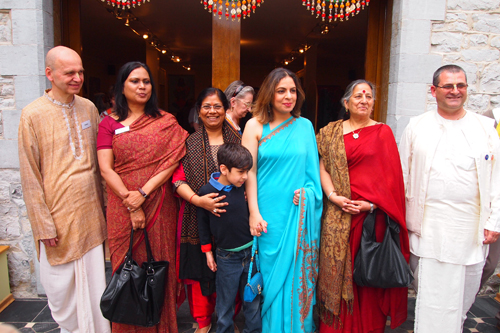 He is the Managing Director of Teamwork with offices in Cairo, Chicago, Hong Kong, Johannesburg, London, New Delhi, Singapore, Seattle, Tel Aviv and Vancouver and has directed and produced over 1000 hours of a wide range of films and television shows, including drama series, game shows, newsmagazines, and lifestyle programmes.
He has received the National Award for Excellence and Best Director, for the film `Shahjahanabad The Twilight Years’. He is currently the festival director for Shared History Festival in Johannesburg and Durban, Eye on India – Chicago and Seattle, Celebrating India – Jerusalem and Tel Aviv and is the producer of the Jaipur Literature Festival, META – The Mahindra Excellence in Theatre Awards, Kala Utsavam – Singapore, Kahani Festival, India and The Ishara International Puppet Festival
He has produced or directed over 50 theatre productions, which have toured across Austria, Germany, Singapore, South Africa and UK and has won a number of awards including the Herald Angel Award and the Spirit of the Fringe a the Edinburgh Festival. His current production `Guide’ based on RK Narayan’s novel and film premiered this summer to excellent reviews. Teamwork designs and produces 23 annual Arts Festivals across 21 cities in 13 countries including Cairo, Cape Town, Durban, Chennai,Chicago, Edinburgh, Hong Kong, Jaipur, Jerusalem, Mumbai,London, New Delhi, San Francisco, Seattle, Singapore, Tel Aviv, and Vancouver. Teamwork has also produced several feature films and documentaries.
He was invited to direct and design the Closing of the Commonwealth Games Arts Festival 2006 – Melbourne & was an advisor to The Kennedy Centre’s, Maximum India Festival.He is a founder trustee of Salaam Baalak Trust working to provide support services for street and working children in the inner city of Delhi and the Ishara Puppet Theatre Trust. He is advisor for the arts for numerous Governmental organizations across the world.

The arts of India are unrivalled in their depth, diversity and mystery.

To showcase this work to diverse audiences equires a deep understanding of our arts, an acute sense of relevance in programming, and an unflinching attention to organizational detail. Above all, respect and love for the artist.

For over 24 years, Teamwork has presented the finest of Indian performers,writers and visual artists to the world and our very own loved nation.
Every year, Teamwork Arts produces 21 performing, visual arts and literary festivals in 11 countries, including Australia, Canada, Egypt, Germany, France, Hong Kong, Israel, Scotland, Singapore, South Africa, Spain and USA.

Teamwork’s musical extravaganza, Bollywood Love Story – A Musical, continues to tour the world and has had sold out shows in Austria, Germany, Netherlands, South Africa, Spain and Switzerland. The India Africa Forum Summit – Delhi 2008 featured A Tribute to Africa showcasing over 250 artistes from India & Africa in a musical Extravaganza conceived & produced by Teamwork.

Teamwork’s international festivals in India have included the bi annual Bonjour India, festival of France with more than 200 events across 18 cities in India and featuring over 250 artists, designers researchers & entrepreneurs, and OZ fest a festival of Australia in India.

Indian Summer in Canada and Eye on India in Chicago, annual performing and visual arts festivals are into their 3rd edition and the company has recently launched India by the Nile in Egypt in April 2013. Kala Utsavan in Singapore celebrates its 11the edition and Shared History in South Africa is in its 8th year.

Teamwork will launch new festivals over the year including Going Solo an International Theater Festival & the Concert for Freedom.