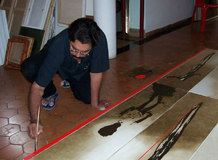 Born in 1945 in Kerala, Yusuf Arakkal learnt the Raja Ravi Varma style of painting from a well-known local artist and followed that up with a diploma from Chitrakala Parishat College of Art in Bangalore. He pursued his art studies while working as a technician and dye maker at Hindustan Aeronautics Limited (HAL), and subsequently shifted to Delhi temporarily to learn printmaking at the Garhi Studios in the city. These multifarious experiences have impacted the artist’s work, which has traversed from portraiture to painting in an abstract mode to compositions suggestive of the wretched living conditions of the urban poor that he encountered in Bangalore. He prefers to work in series and the moods of his narratives range from atmospherics to restlessness, dejection to fascination and sedate to sensuousness. Yusuf, a master of oil paintings is a man of many parts. Besides his two-dimensional drawings and paintings, he has also worked in printmaking, collage, sculpture, installations, photography, design and even engaged with creative writing and literature. Yusuf’s large public sculptures adorn the HAL Building and city center in Bangalore and his paintings and drawings have been exhibited in over 50 solo and group shows all over India and internationally at Moscow, Mexico, Japan, France, Seoul and at international biennales and triennials at Delhi, Sao Paulo, Cairo and Florence. Winner of several awards, including the National Award of LKA four times, his most recent credit includes the 2012 Raja Ravi Varma Award and earlier the Lorenso-De-Medici Gold Medal at the 5th Florence International Biennale of Contemporary Art in Italy. His work is held in several important collections including MOMA and NGMA. The artist lives and works in Bangalore. 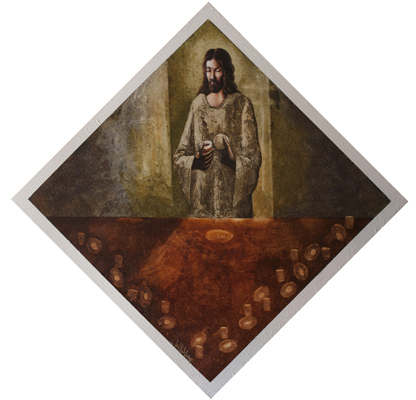 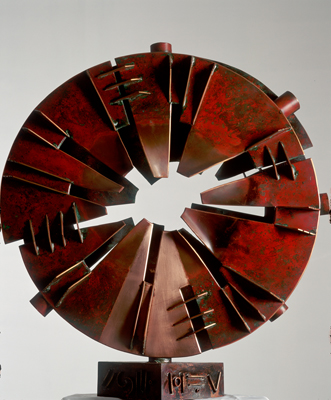