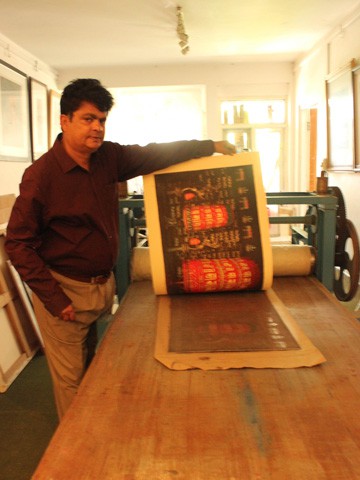 Born in 1965 in the plains of Nepal, Uma Shankar Shah obtained his Master’s in Print Making from Banaras Hindu University, India. An artist of great distinction, he became the first Vice Chancellor of the newly constituted Nepal Academy of Fine Arts. Uma Shankar’s graphic works depict the images of nature, cultural heritage of Nepal and Hindu mythology. Incorporating forms and content of early Nepali religious and folk arts, his early prints – etchings, woodcuts, and lithographs, also featured abstraction of nature. His recent work is dominated by images of fish and life underwater while his themes continue to draw from the realms of philosophy, mythology, religion and culture. Colourful images of Nepali architecture, and sculptures of gods and goddesses, and devotees worshipping the deities jostle within his imaginative cityscapes. The artist’s work has been exhibited in many exhibitions in Nepal, India and other countries. A part of the 11th Indian Triennale, and the First Asian Art Triennale and workshop at the Asian Museum Fukuoka in Japan, his work has won him many awards including the National Award of Nepal. The artist lives and works in Kathmandu. 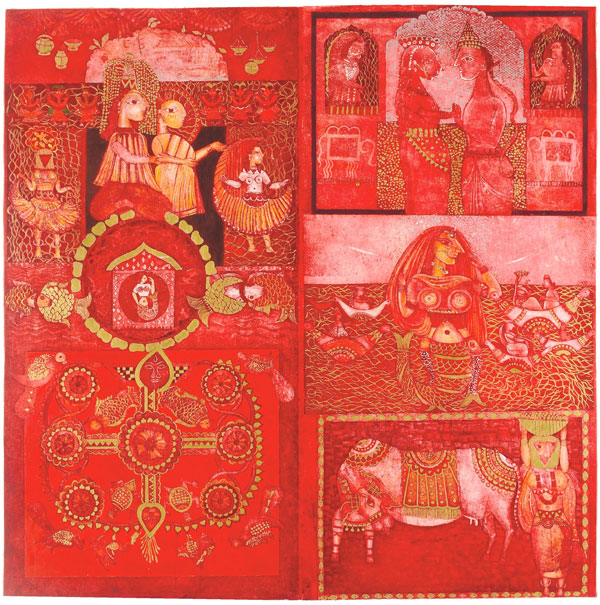