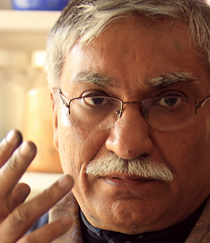 Born in 1956 in a small village of Punjab, Sidharth began his tryst with painting at a tender age, learning first from his mother then as an apprentice with a billboard painter, This was followed by the time he spent with the renowned Indian painter, Sir Shobha Singh and then six years of learning Tibetan Thangka painting while living as a monk in a monastery at Dharamshala. Thereafter, he enrolled for and received a formal degree from the College of Art at Chandigarh, followed by another period of study, this time the miniature art techniques in Rajasthan. All of these experiences and trainings have had great influence on Sidharth’s art – be it in the form of paintings or sculptures or installations or video art. Making his own colors from minerals and vegetable pigments and mixing them with other colours, he refines age-old oriental techniques to create his art, which is marked for its spiritual and meditative essence. Inspired by folk and classical Indian traditions, his creations appear in a fine blend of multifarious aesthetics. Buddhist, Sikh, Sufi and Christian ideas and philosophies all figure in a Zen spirit. His figuration and seasons, painted in layers, are choreographed as if in a trance and appear as calligraphic abstractions. A writer, poet, filmmaker, sculptor and designer, Sidharth has held numerous exhibitions of his work, both nationally and internationally, participated in many residencies and won many awards and accolades. He has been the subject of a couple of films and his work is held in public and private collections in India and abroad. Sidharth lives and works in Delhi. 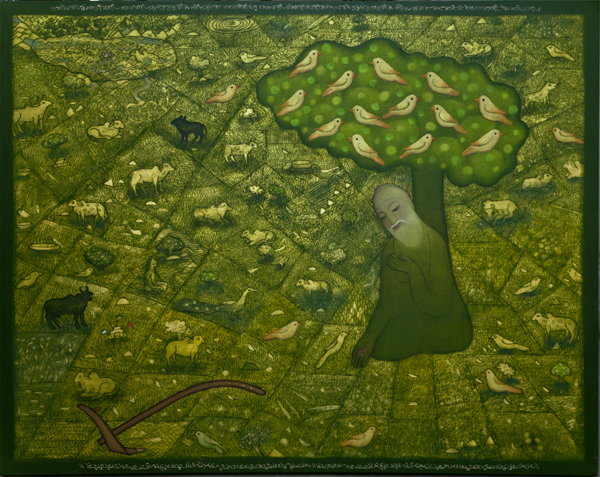 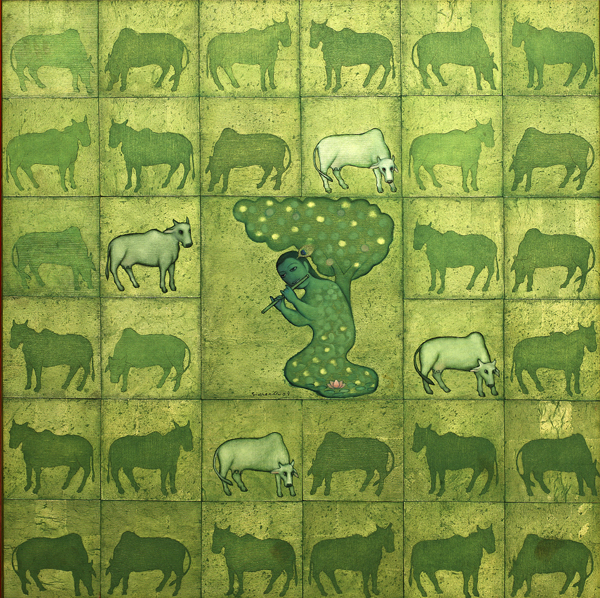