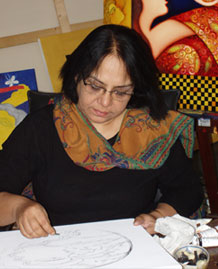 Born in 1954 at Kolkata, Shipra Bhattacharya is a Science graduate from the university there. She studied Fine Art at the College of Visual Arts in the city, under the guidance of her teacher and mentor Shuvaprasanna, whom she later married. During her formative years she worked on urban themes and the presence of men and women in city life. A stylized woman figure subsequently emerged as her prime protagonist, a participant and witness of the urban dramas. Her recent work shows another departure as she moves from reality to fantasy. Woman, urban or rural, each with her secret passion, seeking fulfillment for an inner void of simmering desires, has been the artist’s muse. Her canvases often revolve around a feminine figure, entrapped within and encasing her dream world – occasionally seen upfront but mostly with her back to the viewer – and her body submerged in intricate renderings of stories within stories. Renderings of a surrealist landscape and a magnified backdrop of burgeoning flowers, butterflies and greenery appear in a contrasting palette with phallic and erotic connotations. Given her detailed imaging, smooth brushwork, glowing colors and dreamy ambience, Shipra has managed to chalk out a distinct identity of her own. Keen on experimentation, she has also worked in sculpture, creating some amazing feminine forms in wood, metal and fiberglass, besides graphics and drawings in renderings that inundate the figure. Following her first solo show in Kolkata in 1981, her work has been exhibited in numerous solo and group shows all over India and at London, New York, Singapore, Hong Kong and Dubai. Her paintings adorn various public, corporate and private collections and have been released in four different portfolios. Shipra lives in Kolkata and works from her studio in the city. 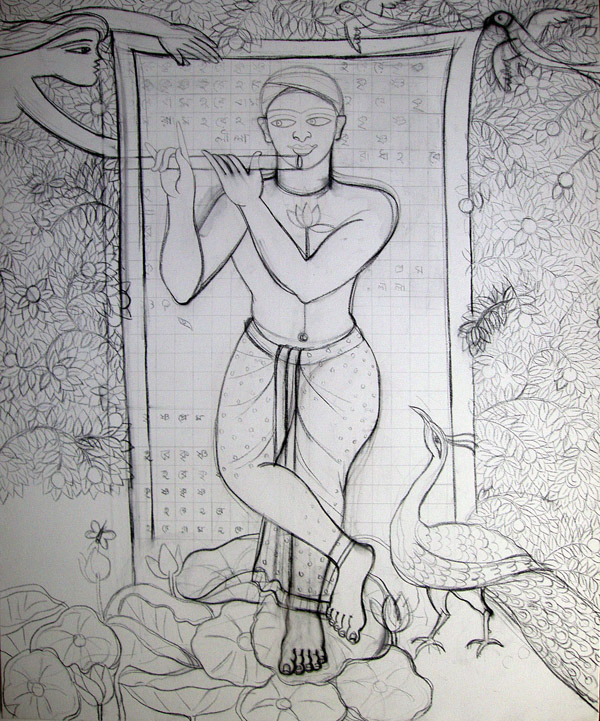 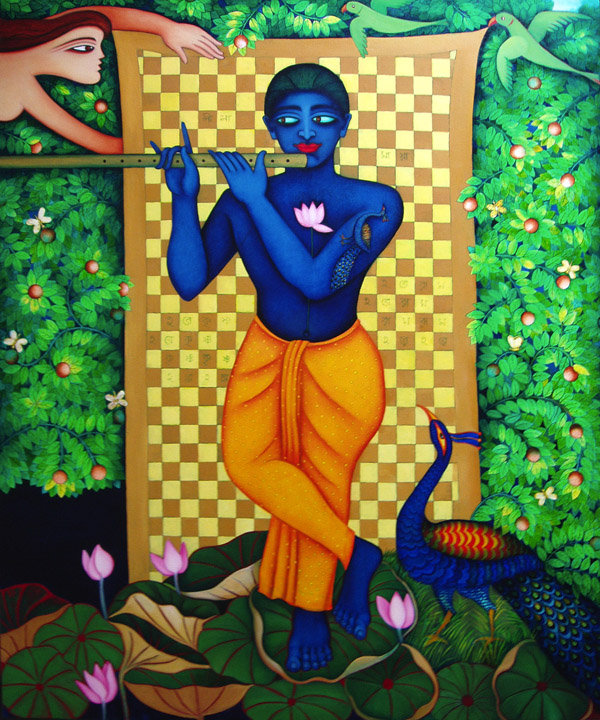