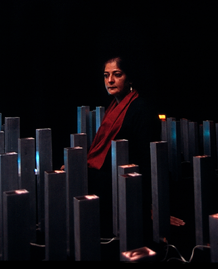 Born in 1958 at Harar, Ethiopia, Sheba Chhachhi has studied at Delhi University, Chitrabani in Kolkata and the National Institute of Design in Ahmedabad. Chhachhi started her career in the 1980s with documentary photography, chronicling the women’s movement in India. Questioning the politics of representation and her role as a photographer, she moved from documentary practice to experiments with collaborative, staged photographic portraits of her subjects, who were mainly women activists. With an inclination for the unseen and unspoken worlds of women – from female ascetics to Goddess Yamuna, the personified Yamuna River – Chhachhi’s practice gives voice and bears witness to both everyday atrocities and mythological tales. As a photographer and installation artist, a desire to reinvest the viewing of the photograph with time underwrites her use of the photographic image within installation. Brought together in space with found or ‘sculpted’ objects, sound, light, and video, her installations address ongoing concerns – the question of transformation, retrieving the marginal and the play between the mythic and social in the context of gender, body, representation, urban ecologies, violence and visual culture. Most recently, she has been preoccupied with the mechanically moved still image and has developed a new artistic language, the moving image light box, which uses a series of still and moving layers of photographic images to create an almost cinematic effect. The artist has exhibited widely in India, Europe, Japan, South America and the US. She has published writings, given talks and conducted workshops, and worked on research projects relating to women, ecologies and contemporary art practice in India and South Asia. The artist currently lives and works from Delhi. 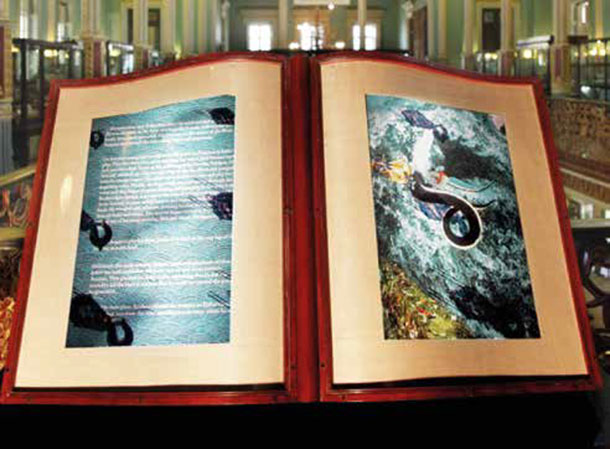 Illuminated light boxes in the form of books, wood, light, digital prints on duratrans, with a wooden pedestal 106.7x63.5x17.8 cm