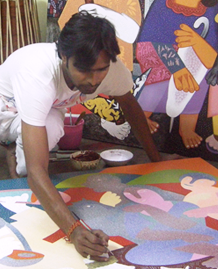 Sanjay Sengupta received his MFA from Santiniketan with a Merit Scholarship from Kala Bhavana. Working mostly in paintings on canvas his imagery ranges from the sacred to the profane. Featured in solo and group exhibitions held at Kolkata, Guwahati, Chennai, and New Delhi and at the 13th Asian Biennale at Dhaka, amongst others, Sanjay has prestigious awards to his credit, including the Camlin Art Foundation and the Young Artists Camp awards. Formerly a visiting lecturer in painting at the College of Art in Delhi, he has also conducted several workshops besides participating in art camps. He is based at Santiniketan, near Kolkata. 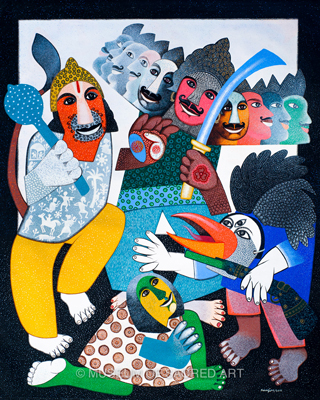 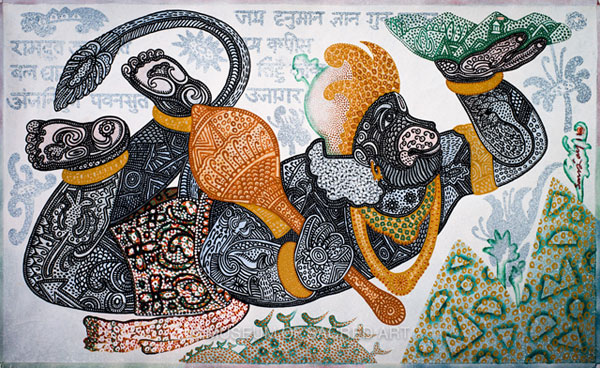