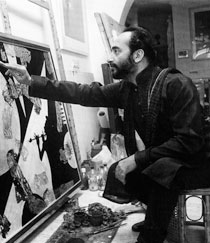 Born in 1958, Sanjay Bhattacharyya received his Diploma in Art from the Government College of Art & Craft in Kolkata. A distinguished water-colorist and painter, his stint as a designer in the advertising industry at an early stage in his career has left a deep imprint on the stylistic oeuvre of this artist. Sanjay’s work ranges from portraiture to cityscapes – the narrow alleyways and fading grandeur of old palaces and their inhabitants. A poet, photographer, filmmaker and musician, Sanjay is a multi-talented artist. From smaller watercolours he has moved on to experiment with larger oil canvases. A distinguished colourist and an exponent of realism, his oeuvre includes portraits of members of the Nehru-Gandhi family, a series as tribute to the European masters Salvador Dali and Rembrandt, paintings of icons and deities including Kali and Krishna – each is informed by a distinct meditative tone. Winner of several awards, his work has been exhibited all over India and abroad, including Delhi, Mumbai, Kolkata, UK, USA, Dubai, Hong Kong, London and a solo exhibition at the National Gallery of Modern Art, Delhi. His list of collectors includes eminent individuals and institutions including the India House London, Rajiv Gandhi Foundation, Rajputana Palace Hotel and Parliament House in India. Sanjay lives and works in New Delhi. 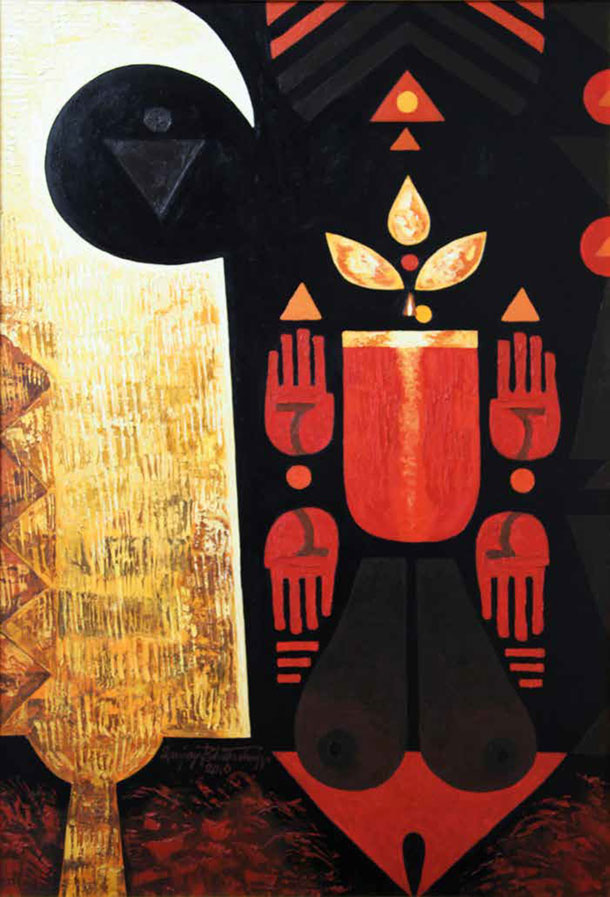