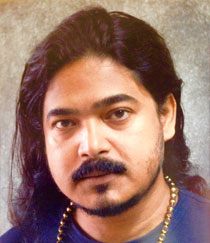 Born in 1971, Sanatan Dinda graduated in first class in Painting from the Government College of Art & Craft in Kolkata. Equally deft at painting, drawing, sculpting, mural making and installations, Sanatan’s work expresses an illusionary and spiritual tone. The colourful ‘Kathputli’ Durga and decorated ‘Milky Way’ pooja pandals that he has created over the years attempt to redefine contemporary art inspired by folk forms. The imagery featuring Yugpurusha, or the universal lord, and other icons, comes in layers of foliage, calligraphy, abstraction and other markings that add a meditative tone and appeal to his work. His mastery in figuration comes to the fore also in his paintings of nude or semi-clad men and women. From inter-college competitions to the prestigious Birla Academy Award, Sanatan has received many accolades and his work has been shown all over India as well as in the US, Singapore, Dubai and London; finding its place in notable collections such as that of the Duchess of Kent, the Belgium Consulate, ISKCON and in private homes across the globe. Sanatan lives in Kolkata and works from his studio in the city. 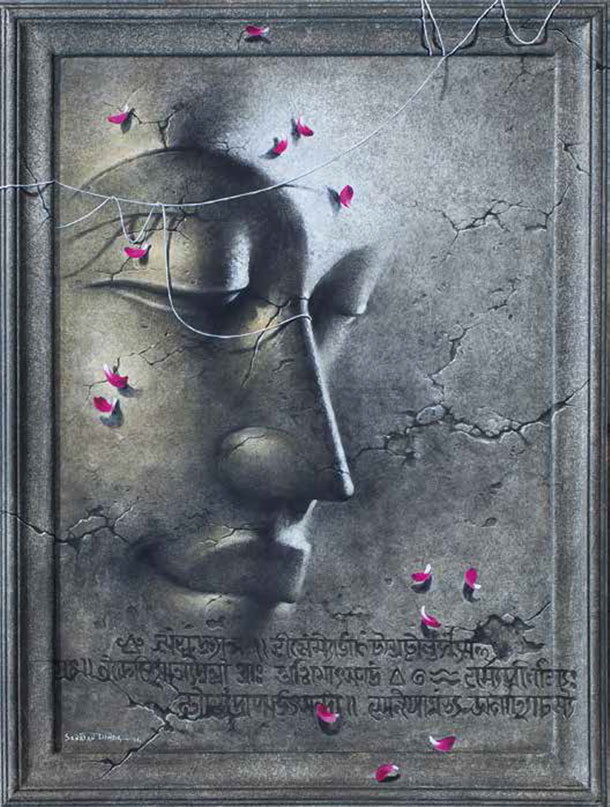