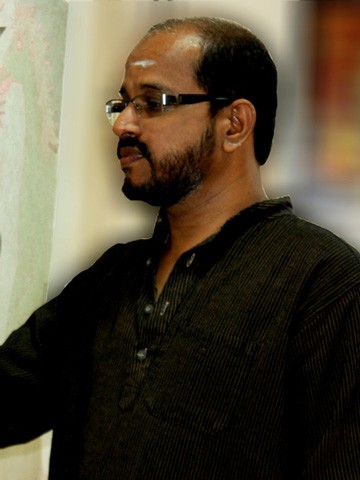 Born in 1965 in rural Kerala, Sadaanandan PK received his Master’s in Painting and also learnt traditional mural painting under the gurukula system. His art-scape features icons and narratives inspired by mythology, encased within the natural elements and organic world. Using traditional techniques and colours derived from natural materials, he brings heritage in an interface with modernity. Marked for their vibrant colours and luminosity, the compositions, be they figurative or landscape, on canvas or on walls, display his acumen in execution. The artist has also done illustrations and cartoons for books and magazines besides working on restoration of old murals. He has participated in over 50 exhibitions held at Delhi, Chennai, Hyderabad, Mumbai, Pune, Trichur, Trivandrum, Bangalore and overseas in Spain and New York. His works are also held in collections at Apollo Hospital, Sun Group, Kerala State Museum and with private individuals across India, the US, Thailand, China, Japan and UK amongst others. His murals adorn public and private spaces and hotels in various Indian metro cities besides temples and churches in southern region. Winner of the AT Abu Memorial Award for his mural work and All Kerala Creative Artists Association’s awards for his cartoons, Sadaanandan’s paintings have received much critical acclaim. He lives and works in Thrissur, Kerala. 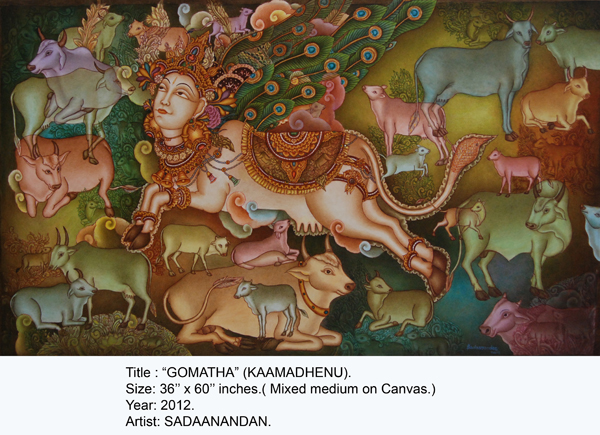 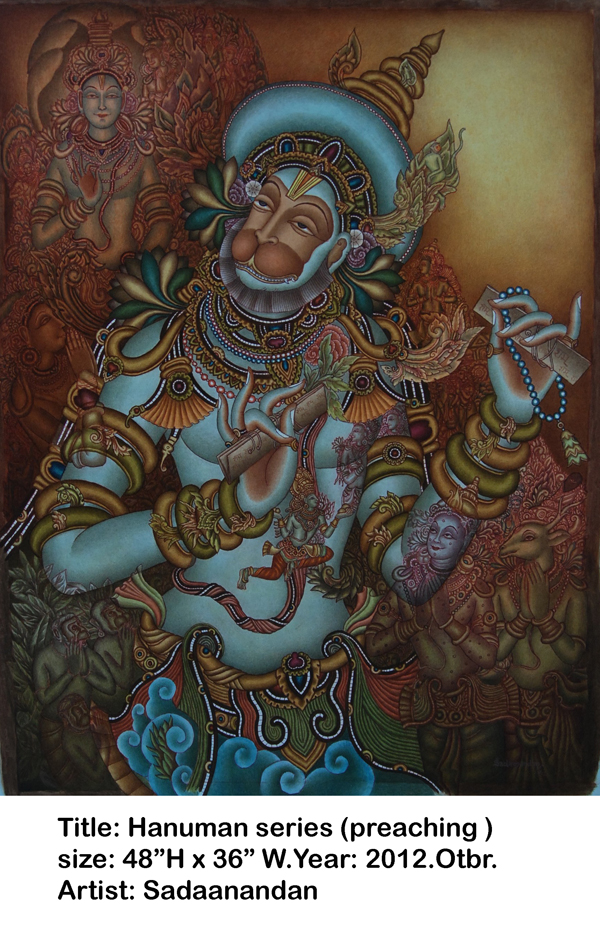