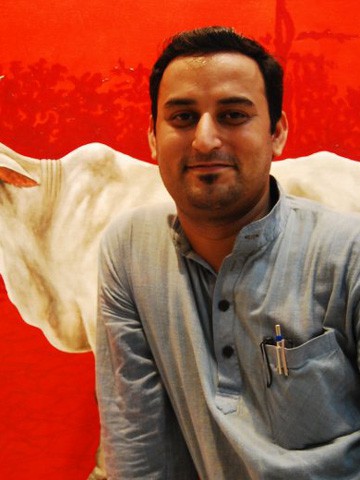 Born in 1978 in Delhi, Rohit Sharma received his Bachelor’s in Fine Arts from the College of Art in New Delhi. His work is rooted in the city, with its labyrinthine roads and maps, antiquity juxtaposed against its constant growth, where the medieval and modern merge together. Streets crowded with people, converging and diverging at cross roads, or cows straddling through with pride, and cars or three wheelers screeching along – are all featured individually in his simple and colourful compositions. The artist’s observation of the day-to-day happenings and a fascination with details comes through in his painted canvases that offer a fresh perspective on city life. Rohit has participated in several camps and exhibitions across India. He also conducts art workshops and teaches at an institute of advertising in Noida. He lives in Delhi and works from his studio in the city. 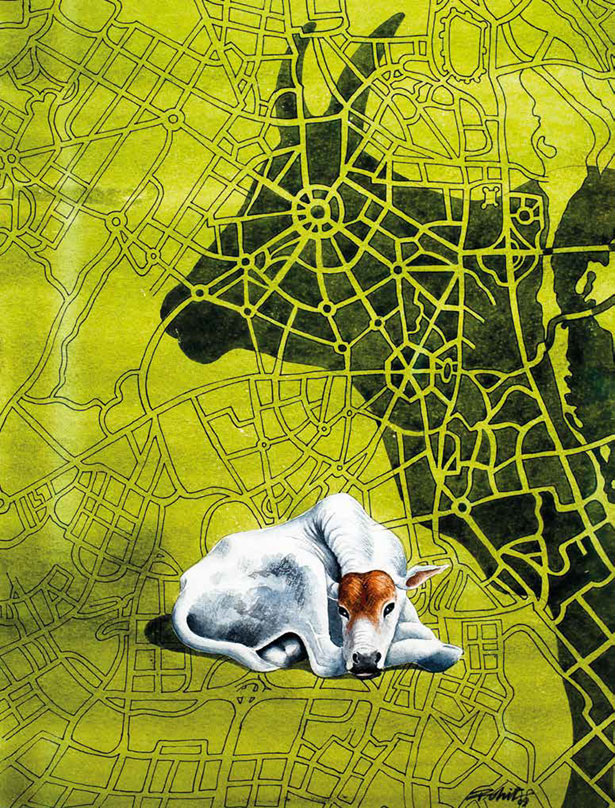