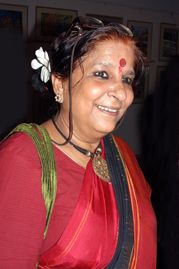 Rini Dhumal, born in 1948 at Rongpur, Bangladesh, acquired her Bachelor’s and Master’s degrees in Fine Arts from MS University, Baroda and later studied in Paris on a French Government scholarship with Sir SW Hayter at Atelier 17, followed by a stint with Krishna Reddy. She taught at MS University, Baroda for some years while continuing to refine her own skills. Though she has dabbled in various media, including glass painting, sculpture as well as writing, her prime calling is in printmaking and painting. Her refined and dense imagery engages with feminine themes and features goddesses in different forms of her own imagination, often appearing matriarchal and lonely but powerful enough to face the world, akin to Bengal’s much-revered goddess Durga. The layered imagery, with her direct transfixed gaze, bedecked body and forehead often smeared with red and other symbolic markings, evokes both compassion and confidence. Recipient of the Chancellor’s Gold Medal in Baroda and Governor’s Gold Medal in Kolkata, she is also credited with AIFACS, and LKA National and MS Randhawa awards. Rini’s work has been exhibited in numerous solo and group exhibitions at Delhi, Mumbai, Baroda, Ahmedabad and Hyderabad in India and overseas at Paris, Chile, Germany, Tokyo, Spain and at the Ueno Royal Museum in Tokyo. She has contributed to the development of contemporary Indian art in her personal capacity as well as through her membership of various committees and initiatives. The artist lives and works in Vadodara. 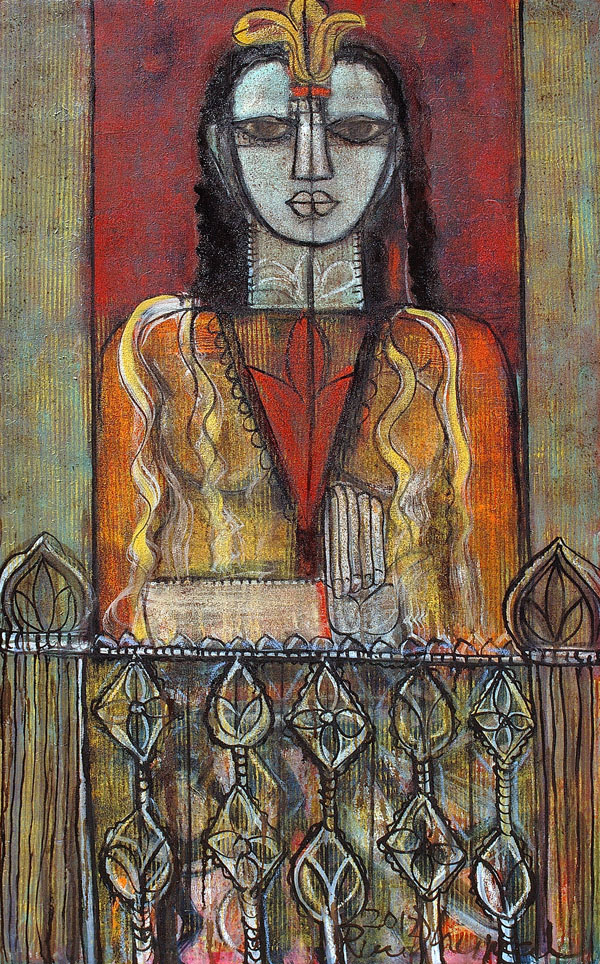 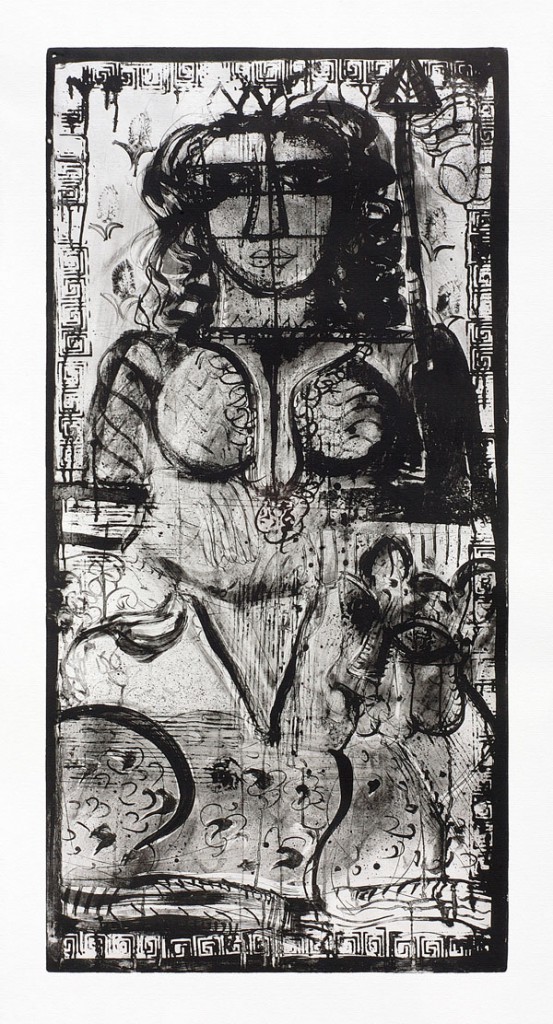