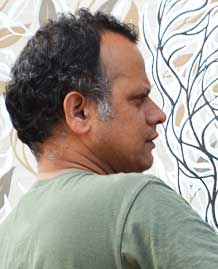 Born in 1969 at Bangalore, Ramesh Kalkur first studied Art at the Ken School of Art in Bangalore and then did his diploma in Painting from the Faculty of Fine Arts at MS University in Baroda, followed by a Master’s degree from the Royal College of Art in London on an Inlaks Scholarship, winning the Parallel Prize at the degree show there. A residency at the Kanoria Centre for Arts in Ahmedabad and John Minton Travel Grant for a three months exchange program in Berlin, have all had an impact on his art. Ramesh works in photography and painting, using a range of material including textile, and also teaches at the Srishti School of Art, Design and Technology. His paintings of torsos bear reference to the image of the cosmic man – Buddha, Tirthankara, Vishwarupa, or other transcendent beings – enshrined in various Indic religious traditions. The archetypes are reconfigured and re-sourced in a contemporary socio- political context. The cosmic imagery is brought in an interface with profane materiality and violated naturescape, as ribcage or deadwood. His work has been exhibited in several shows held at Mumbai, Bangalore, Chennai, Cochin, Delhi, London, and New York and can be seen at the airport in Mumbai. The artist lives and works from Bangalore. 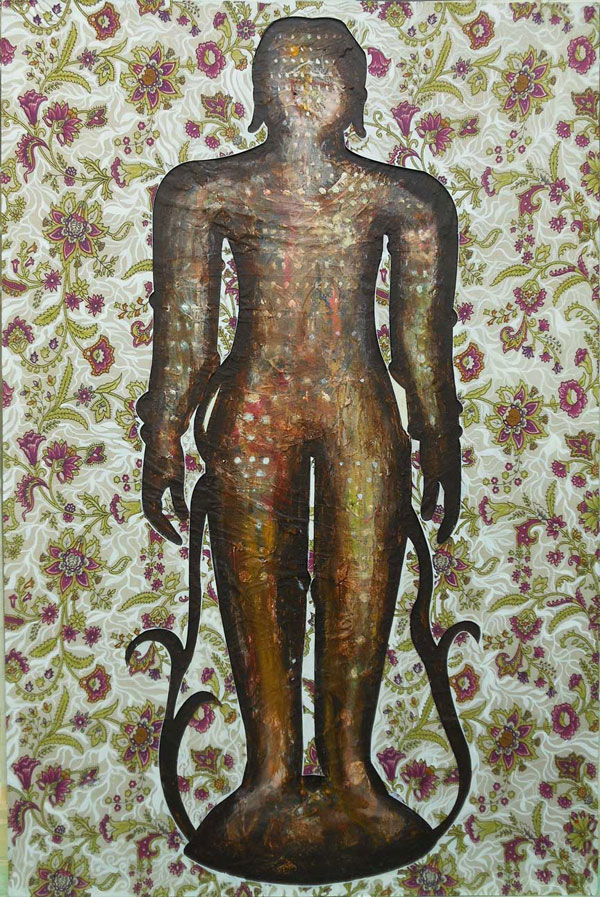 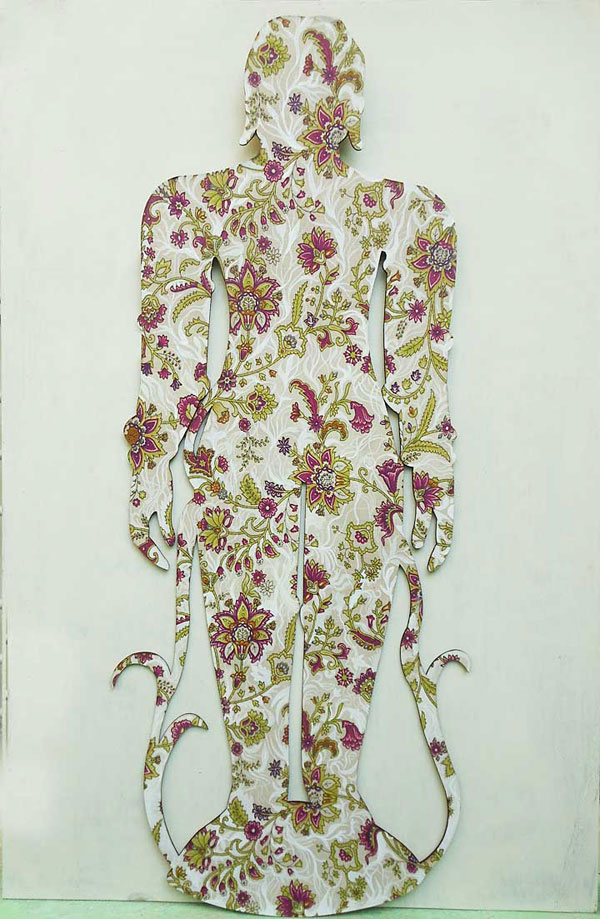